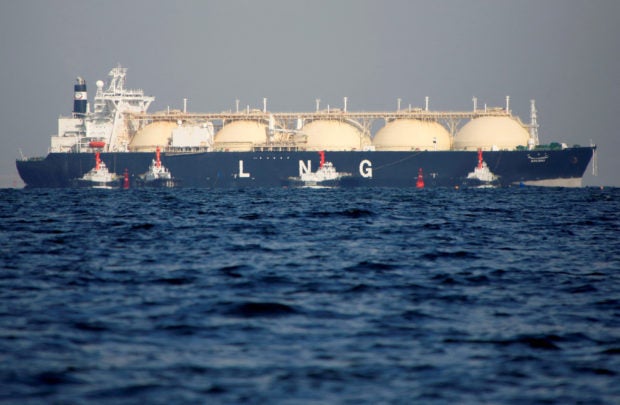 LONDON/SINGAPORE  – Rocketing LNG cargo prices have squeezed out dozens of smaller traders, concentrating the business in the hands of a handful of international energy majors and top global trading houses.

This grip is not expected to ease until 2026 when more liquefied natural gas (LNG) starts to materialize and lower prices, adding to supply worries for poorer states reliant on it to generate power and driving up costs for big Asia economies.

The global LNG market has more than doubled in size since 2011, ushering in dozens of new entrants and the expansion of smaller players in Asia. In recent years, smaller traders accounted for 20 percent of LNG imports in China alone.

But a spike in spot LNG cargo prices to $175-$200 million, from around $15-$20 million two years ago, has had a seismic impact on physical trading activity for many smaller players.

The capital needed to trade the market soared after benchmark LNG prices rose from record lows below $2 per million British thermal units (mmBtu) in 2020 to highs of $57 in August.

Prices have recently eased, hitting $38/mmBtu on Monday, but analysts say they remain at levels that can be linked with an ongoing energy crisis.

“The biggest challenge facing every market participant right now is credit,” said Ben Sutton, CEO of Six One Commodities, a U.S.-based LNG merchant that had to scale down operations after prices soared in the third quarter of 2021.

“The ballooning of LNG cargo values, along with the spike in volatility, has … put quite a strain on those players operating with smaller balance sheets,” said Tamir Druz, managing director of Capra Energy, an LNG consultancy.

In Asia, a trading executive told Reuters some smaller players had left offices “dormant” in Singapore’s trading hub, while second-tier Chinese traders and some Korean firms scaled down activity due as finance became harder to secure.

“LNG has gone back to be the commodity of the rich,” Pablo Galante Escobar, Global Head of LNG at energy trader Vitol, told this month’s international Gastech conference in Milan.

Conditions are now heavily skewed in favor of players with large, diversified portfolios and strong balance sheets like oil majors Shell, BP and TotalEnergies along with major trading houses including Vitol, Trafigura, Gunvor, and Glencore.

BP, Shell, Trafigura and Glencore declined to comment. TotalEnergies, Vitol, and Gunvor did not immediately respond to Reuters request for comment.

Both have built portfolios, with Shell buying BG and TotalEnergies taking on Engie’s LNG arm. Both are also partners in Qatar’s North Field, one of the biggest LNG projects.

Adding in Qatar Energy’s portfolio of 70 million tons and BP’s, which is estimated at around 30 million, means that four players account for more than half of the market.

While rising interest rates are adding to trading costs, these have not yet troubled big players, for whom increased price pressure represents a sweet spot, industry sources said.

Shell and TotalEnergies have reported record-breaking profit, while Vitol’s record first half 2022 profit exceeded its results for the whole of 2021.

Guy Broggi, an independent LNG consultant said Shell and TotalEnergies were major winners as partners and offtakers at Egyptian plants at Damietta and Idku, along with BP and Italy’s ENI, selling LNG far above the government’s target price of $5/mmbtu.

“We are entering unchartered territory as far as LNG markets are concerned and the aftermath of the current crisis with Russia is hard to fathom- not only for LNG. One sure thing is prices are here to stay higher and longer,” Broggi said.

“Pakistan and Bangladesh emerge as big losers as both had procurement strategies with high percentage of spot purchase and were left to face power crisis this year,” said Felix Booth, head of LNG at data analytics firm Vortexa.

In July, Pakistan LNG Limited (PLL) received no bids in a tender to import 10 cargoes of LNG.

“Until we build more infrastructure and put more vessels in the water … it is going to be difficult to compete with the well established markets,” Charlie Riedl, executive director for trade group the Center for Liquefied Natural Gas (CLNG), said.

Slow project development and a possible return of China from of COVID-related curbs will keep prices elevated, Feer at Poten & Partners said.

“It could get worse if China comes back into the market in a big way. China has been out of the market this year because of lower demand due to its lockdowns and slower economic growth. That has allowed volume to flow to Europe,” Feer added.