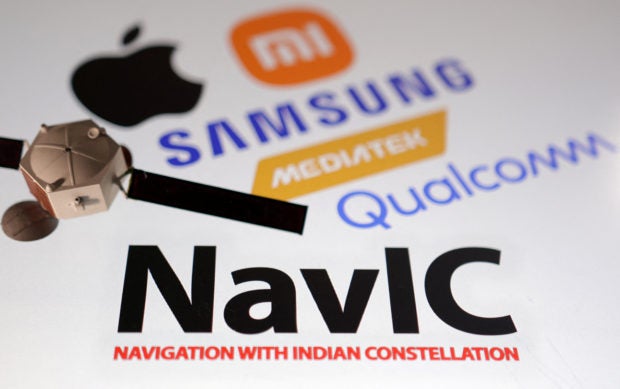 NEW DELHI  – India is pushing tech giants to make smartphones compatible with its home-grown navigation system within months, worrying the likes of Samsung, Xiaomi and Apple who fear elevated costs and disruptions as the move requires hardware changes, according to two industry sources and government documents seen by Reuters.

In line with Prime Minister Narendra Modi’s drive for self-reliance, India has over the years expanded the use of its regional navigation satellite system called NavIC (Navigation with Indian Constellation).

The Indian government wants to reduce dependence on foreign systems, including the widely used U.S. Global Positioning System (GPS), and says NavIC provides more accurate domestic navigation and that its use would benefit the economy.

China, the European Union, Japan and Russia have their own global or regional navigation systems to rival GPS. Operational since 2018, NavIC’s uptake is minimal; it is mandated in public vehicle location trackers, for example.

But government and industry documents show Modi’s administration and space officials want to broaden its use, and have this year pushed smartphone giants to make hardware changes to support NavIC, in addition to GPS, in new phones they will sell from January 2023.

The changes would also require more testing clearances, which with a Jan. 1 deadline would disrupt businesses and planned launches, according to two smartphone industry sources and documents.

Samsung declined comment on the meetings, while Apple and Xiaomi did not respond to requests for comment. India’s IT ministry and the space agency ISRO that are both involved in the project also did not respond.

Samsung in particular voiced concerns during a Sept. 2 closed-door meeting between top smartphone players and chipmakers with Indian IT ministry and space agency officials, according to the meeting’s minutes reviewed by Reuters.

“This would add to cost as it requires hardware design changes and additional investments to support devices specific to India. Further, the companies have already prepared for models to be launched in 2024,” the minutes quoted him as saying.

George did not respond to a request for comment.

The smartphone players have sought time until 2025 to implement the changes, and a final decision is expected in coming days, a senior government official said.

The minutes said the Indian space agency will provide technical support for implementing NavIC in new smartphones, adding another meeting may be called.

India’s space agency has said systems like GPS and Russia’s GLONASS are operated by their countries’ defense agencies, making it possible for civilian service to be interrupted.

NavIC, it says, is fully under the control of the Indian government, which one day wants to take it global like GPS.

India would not be the first country to push smartphone makers to add support for a native navigation system.

Russia has sought to mandate inclusion of its own GLONASS system in smartphones sold locally to reduce reliance on GPS, which Washington can switch off for civilian subscribers as it did during military operations in Iraq.

China’s Beidou was completed in June 2020, and, though not mandated, the official Xinhua news agency has reported that in 2021, 94.5 percent of China-made smartphones had Beidou support.

Xiaomi and Samsung together account for 38 pecent of the smartphone market in India, the world’s second biggest after China. Apple’s more expensive smartphones have a roughly 3 percent share in India, data from Hong Kong-based research firm Counterpoint shows.

Other Chinese manufactures making up a further 28 percent of the market were also present at the Sept. 2 meeting, government minutes show. China’s Realme, which has a 16 percent market share, did not attend, and neither did smaller manufacturers.

Apple’s website says it already supports the five global and regional navigation networks including GPS, GLONASS and BeiDou in current iPhones. The Indian directive could force it to add a new one.

A key concern for players like Samsung and Xiaomi remains the higher cost of so-called dual band chipsets they would need to support both GPS and NavIC, as these companies are leaders in the sub-$200 category in India’s price-sensitive market, the smartphone industry sources said.

For procuring NavIC-compliant chipsets, most smartphone makers are reliant on global giants such as U.S. chip designer Qualcomm Inc and Taiwan’s MediaTek Inc.

Voluntary use of such chipsets has been limited in India as phone manufacturers remain hesitant to add the extra components – and cost – required to make it work, said Parv Sharma, senior semiconducter analyst at Counterpoint.

India’s space agency said that by mid-2021, only about two dozen mobile handset models in India had NavIC capability. In total there are around 300, Counterpoint has said.

During the Sept. 2 meeting, MediaTek said all of the company’s chipsets for 5G phones would support NavIC, with “some cost enhancement” and additional hardware. MediaTek added that it expected about 80 percent of mobile phones to be 5G-enabled in two years.

MediaTek declined to comment on Reuters queries. Qualcomm in a statement said it has been working with the Indian space agency to enable NavIC on its chipsets for years and will continue to do so.

Another lobbying push from smartphone players is to convince the Indian government to make NavIC available on the so-called L1 satellite frequency which is already used by GPS, and not only on the L5 frequency used by New Delhi.

That, executives say, will make it easier for manufacturers to integrate NavIC in chipsets which mostly support the L1 band the world over, curbing separate development costs for NavIC.

Indian space agency ISRO told the Sept. 2 gathering that was not immediately possible, as NavIC was likely to be available on the L1 band only by 2024-25, after more satellite launches, the meeting’s record shows.