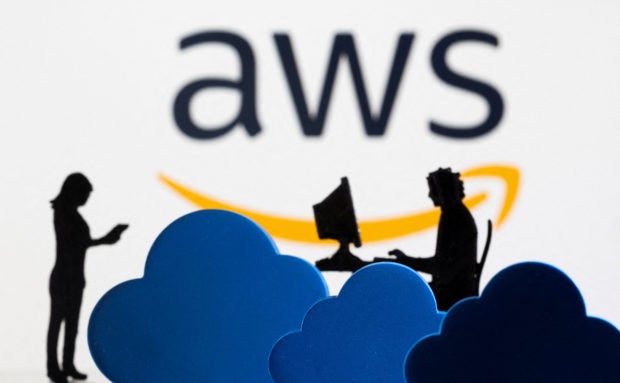 3D printed clouds and figurines are seen in front of the AWS (Amazon Web Service) cloud service logo in this illustration. REUTERS/Dado Ruvic/Illustration

LONDON  -Britain said it would investigate competition in cloud services, a market dominated by the “hyperscalers” Amazon, Microsoft and Alphabet’s Google , which together account for  about 81 percent of revenue.

Communications regulator Ofcom also said on Thursday it would examine other digital markets over the next year, including messaging services such as WhatsApp, FaceTime and Zoom, and connected televisions and smart speakers.

It said if it concluded the cloud market was not working well it could recommendation policy changes, take enforcement action or ask the competition regulator to investigate.

It plans to publish a final report within 12 months, it said.