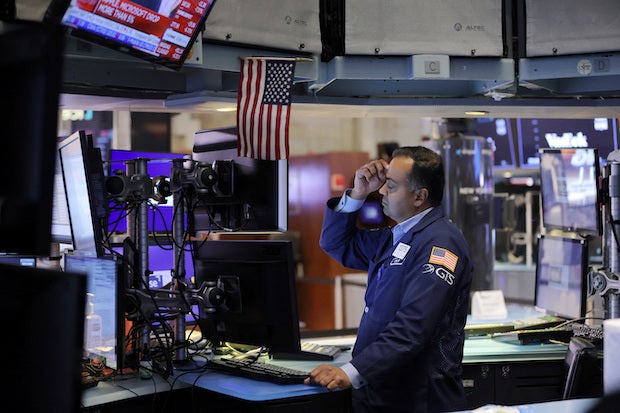 A trader works on the trading floor at the New York Stock Exchange (NYSE) in Manhattan, New York City, US, Sept. 13, 2022. (REUTERS/Andrew Kelly)

US stock indexes rose on Wednesday ahead of a widely expected hefty rate hike from the Federal Reserve, with investors waiting for cues on the length and depth of further policy tightening to tame surging price pressures.

The US central bank will likely lift its policy rate by 75 basis points for the third time to a 3.00-3.25% range at the end of its two-day policy meeting, which will be followed by Fed Chair Jerome Powell’s news conference.

Updated economic projections from policymakers will be in focus, as investors would like to gauge where interest rates are headed, how long it would take inflation to fall and the pain rising prices are inflicting on the US economy.

“What (investors) really want to see is whether or not we are going to have a continued, super hawkish Fed in terms of the way that messaging has been – are they really committed to getting inflation under control at the risk of pulling the economy into a recession,” said Brandon Pizzurro, director of public investments at GuideStone Capital Management.

The benchmark S&P 500 is hovering near two-month lows and is below 3,900 points – a level considered by technical analysts as strong support for the index.

“If (stocks) drop on disappointing Fed, no one should be surprised if we test those June (lows),” said David Wagner, portfolio manager at Aptus Capital Advisors in Cincinnati, Ohio.

As interest rates continue to creep up, pressuring stock valuations, Wagner recommends having a portfolio tilted toward value stocks.

The S&P 500 value index, which includes cyclical and economy-linked stocks such as banks, energy, industrials and materials, is down 11.4% so far this year, compared with a 25.2% drop in its growth counterpart, which is dominated by technology shares.

The yield curve inversion between the two-year and 10-year notes – seen as a recession harbinger – and growing evidence of the impact of decades high inflation on earnings outlooks from companies ranging from FedEx Corp to Ford Motor Co have also added to woes in a seasonally weak period for markets.

What needs to happen for the Fed to stop raising rates?