Germany to stick with gas levy plan despite Uniper nationalization 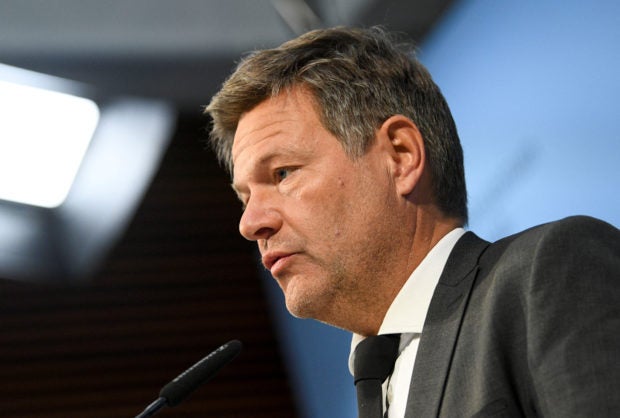 BERLIN – Economy Minister Robert Habeck said, however, that there would have to be a review of the levy, which is aimed at helping utilities cover the cost of replacing Russian supply, in light of the nationalization of gas importer Uniper.

Finance Minister Christian Lindner said separately that the levy was finalized and there would be no further assessment of it, apparently contradicting Habeck.

Habeck said an analysis of whether the levy is in accordance with German law after the Uniper nationalization, announced on Wednesday, could take about three months.

“Obviously, the question of financial constitutional law has arisen, and it must of course be answered clearly,” Habeck told reporters. “The gas levy is a bridge until this question is finally clarified.”

Trading Hub Europe, the German gas market operator, has set the charge at 2.419 euro cents per kilowatt hour (kWh), which will mean German households will have to pay almost 500 euros ($495) more per year for gas.

The levy is due to remain in place until April 2024.

Lindner said it had already been established last week that the government had no legal concerns about the levy.

“There is no further review (of the gas levy). It is done,” he told reporters. “Last week Friday, the federal government decided that it has no legal concerns about the gas levy – even in the case of a nationalisation of Uniper.”

The apparent disagreement between Habeck and Lindner comes amid opposition to the levy from some lawmakers within the ruling coalition.

Government adviser Jens Suedekum said after the nationalization of Uniper that “the basis for the gas levy actually ceased to exist”.

“Although the high replacement costs for gas continue to be incurred, they can now also be met directly from the federal budget,” Suedekum added.