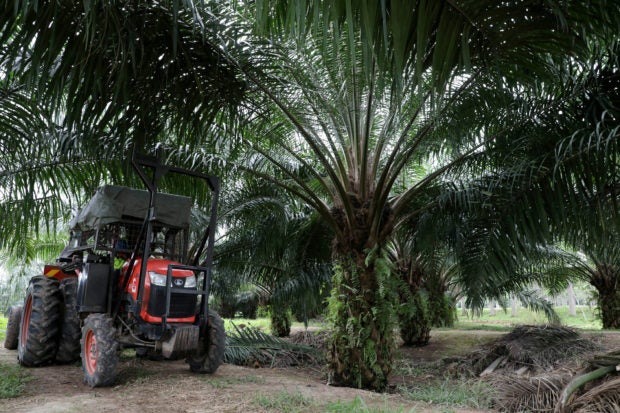 MUMBAI/KUALA LUMPUR/JAKARTA- Farmers across Asia are busy planting trees to boost palm oil production but nurseries are struggling to keep up with demand for sprouts and seedlings, risking a delay in the industry’s recovery from the COVID-19 pandemic.

The production growth of palm oil stalled in recent years, partly due to labor shortages during the COVID-19 pandemic, but farmers are now looking to replant or expand plantations amid rising prices.

The demand surge comes as supply for germinated sprouts, used to make seedlings, has fallen as oil palm nurseries scaled down production during the pandemic to adjust to weaker demand.

Traditional growers Indonesia and Malaysia, which account for more than 80 percent of the global palm oil output, are focusing on replacing old oil palm trees that are cumbersome to harvest and less productive, while India and Thailand are trying to expand acreage, industry officials said.

“A number of big Malaysian estates (have decided) they want to replant, causing a shortage of availability of seedlings in the market,” said Tan Kim Tun, a Malaysian nursery operator based in the state of Johor.

Global annual palm oil production growth slowed to 0.5 percent between 2018 and 2022 from a 4.8 percent pace in the previous four years, according to data compiled by the U.S. Department of Agriculture.

Against this backdrop, palm oil prices hit a record high of 7,268 Malaysian ringgit ($1,606.19) per ton this year and remain above the average seen in 2010-2020 despite a big downward correction recently.

New plants take four years to grow before harvest, meaning production will stay tepid and prices high for a while yet, said a New-Delhi based dealer with a global trading firm.

“As the productive trees are chopped, production growth will remain negligible for a few years,” said the dealer. “Replanting will support palm oil prices for the next few years.”

Oil palm nurseries will struggle to ramp up output overnight to meet strong demand as it takes more than a year to make a seedling.

“We can increase our capacity but it will take time… it will at least take one year before you can get (a) germinated seed. The shortage cannot be resolved fast,” said Ahmad Parveez Ghulam Kadir, director-general of Malaysian Palm Oil Board (MPOB).

Industry officials estimate Malaysia has the capacity to produce up to 80 million germinated sprouts a year and Indonesia 200 million sprouts.

Indonesia, however, can currently only produce half of that amount, or 110 million per year, said Hasril Hasan Siregar, head of research and productivity improvement at Indonesian Palm Oil Association (GAPKI).

Meanwhile, Indonesia uses about 95 percent of the seedlings it produces to meet domestic demand and exports only around 5 percent, Siregar said, forcing importers such as India and Myanmar to rely on Malaysia and Thailand.

Indeed, demand for Malaysia’s germinated seeds surged 30 percent in Jan-Aug 2022 period from a year ago to nearly 38 million seeds, according to data compiled by the MPOB. For Indonesia’s sprouts, demand jumped nearly 24 percent over the same period.

Demand for Malaysia’s germinated seeds is so high, that some nurseries are having to reject orders, said Tan, adding that his nursery has a waiting list of around 6 months.

All of this is causing problems for India, which is aiming to rapidly expand its oil palm area.

“The world needs more and more palm oil. For many poor consumers, it’s the only option,” said a Mumbai-based dealer with a global trading firm. The dealers declined to be named because of company policy.

India needs 20 million sprouts in 2022 but only 75 percent of that demand has been met by imports from Indonesia, Malaysia, Thailand and Costa Rica so far this year, said an official with TS Oilfed, India’s biggest importer of oil palm sprouts, who declined to be named because of company policy.