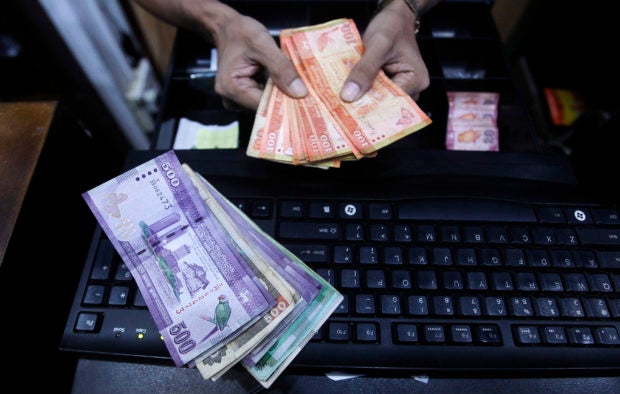 A vendor prepares Sri Lankan notes to bundle them at a shop in Colombo. REUTERS/Dinuka Liyanawatte/File photo

LONDON – Crisis-hit Sri Lanka will make a presentation to its international creditors on Friday, laying out the full extent of its economic troubles and plans for a debt restructuring and multi-billion dollar International Monetary Fund bailout.

Years of economic mismanagement combined with the COVID-19 pandemic have left Sri Lanka in its worst economic crisis since independence from Britain in 1948, causing it to default on its sovereign debt.

The country’s Ministry of Finance said in a statement via legal firm Clifford Chance that an online call on Sept. 23 would be open to all its external creditors and be “an interactive session” in which participants can ask questions.

Sri Lanka’s woes came to a head in July when then-President Gotabaya Rajapaksa fled the country and resigned after violent public protests.

His replacement Ranil Wickremesinghe has managed to reach a preliminary deal with the IMF that if formalized would provide the country $2.9 billion in loans over four years.

“Authorities intend to update their external creditors on the most recent macroeconomic developments, the main objectives of the reform package agreed with the IMF … and the next steps of the debt restructuring process,” the statement dated Sept. 17 said.

The impoverished population that forced Rajapaksa to flee still needs to accept Wickremesinghe, seen by many as of the same political ilk, and who faces a bristling opposition.

The country’s borrowings are so complex that estimates of the total range from $85 billion to well over $100 billion. Perhaps most challenging of all, competing regional powers China, India and Japan must also find common ground on how to reduce debt they are owed by Colombo.