How to train your brain to build a billion-dollar business 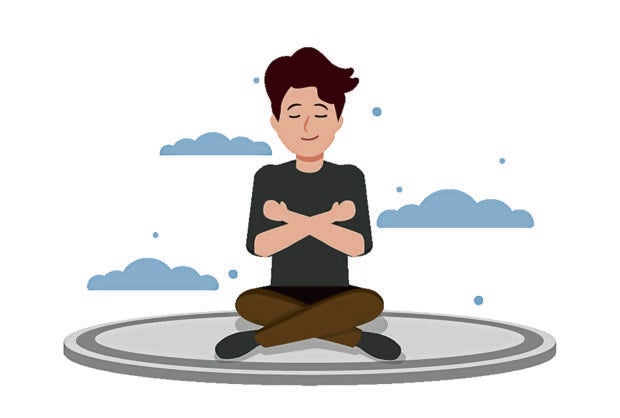 The owners of a 40-year-old family business in Asia approached me and my company because they wanted to diversify. When I asked them about their main motivation, one of the owner’s sons, who was heading one of their biggest companies said, “I just want to do something new because I am bored of our core business.”

“If the core business is profitable, then that is not a good enough reason,” I told him.

As it turned out, it was still very profitable after all those decades. The family had even warded off attacks by several foreign competitors that tried to enter their market.

In the work my company and I do with family businesses and entrepreneurs around the world, we often see the “kid in the candy store” phenomenon: the urge to try out new things even if the core businesses are doing fine. Too many things are too appealing, so there is no clear focus, persistence, or patience to do what it takes to see the main core businesses succeed over the long term.

Since a lot of great entrepreneurs are often personality types with ADD (attention deficit disorder) or ADHD (attention deficit/hyperactivity disorder), it is natural for them to always want to try out new things. But left to their own devices, without a system of checks and balances, this can quickly ruin a business.

Their natural passion for new business ideas and new business ventures needs to be coupled with solid analysis, outside expert opinions, a foundation of sound business principles, logical reasoning and a lot of restraint.

In my work with Fortune 500 CEOs, self-made billionaire entrepreneurs and famous family businesses around the world, I have seen again and again that often, an individual’s greatest strengths are coupled with their greatest weaknesses. They come in a package. These weaknesses need to be managed so that they don’t become a liability for the business.

Let me share an example. One of our clients was a US entrepreneur who is a great visionary. But he was all over the place, constantly founding and buying new businesses. Unfortunately, this was not always based upon sound financial reasoning and did not always make good business sense.

However, none of his top people wanted to tell him that. They were too scared. The result was that everybody in the top management was stretched too thin because the owner brought the entire business to the edge of collapse with the “kid in the candy store” phenomenon.

His incessant drive to plant new business seeds even jeopardized the cash cows of his conglomerate. He could no longer dedicate enough financial resources, attention, energy and human resources necessary to build his cash cows into truly remarkable businesses.

What he and the business needed was a system of clearly defined due diligence processes that all new ideas and ventures would have to go through, regardless of whether they had come from the top or the owner himself.

Micromanagement is not leadership —it is a lack thereof

We experienced the same with an Asian family business whose most profitable and well-known core business reaches hundreds of millions of consumers across many Asian markets. The owner, who was also the president of the main business, constantly wanted to develop and put new products on the market. So much so that the core cash cow products suffered immensely and the whole profitability of the enterprise was far below its full potential.

Entrepreneurs with this personality type also often meddle in micromanagement and tend to have their hands in too many pots. They tend to dive into the most minute details at random and get involved in operational processes they should rather leave to others, instead of taking care of the main strategic decisions the business needs them for, and the guidance only they can provide.

The No. 1 secret that’s not taught in business schools

There is an underlying tendency we see in a lot of “restless legs” entrepreneurs that succumb to the “candy store” phenomenon: a lack of desire to do the “boring” work, the work that is the same day in and day out, but that produces great results. If you analyze many of the world’s most successful businesses, they stuck to the main core business for decades and became better and better at it.

To build, maintain, preserve and grow a business over generations takes one fundamental character trait that is not taught in any business school: patience.

It takes patience to overcome the many challenges along the way. Just think about the failures a lot of the great entrepreneurs had to endure on their way to success.

Train yourself to become a master of patience

The founders of Airbnb contacted seven major investment companies to help them get the company off the ground. Two never replied and five declined. Did they give up? No.

The famous inventor James Dyson went through 5,127 different prototypes in 15 years before he finally created a vacuum cleaner that he could pitch to British retailers. And they still rejected him! In 2022, he had a net worth of over $5 billion.

To keep going despite failure and setbacks, you need enormous amounts of patience. In 2022, French billionaire Bernard Arnault surpassed Bill Gates to become the second richest person in the world. Bernard says about patience, “In business, I think the most important thing is to position yourself for the long term and not be too impatient, which I am by nature, and I have to control myself.”

Complexity is the enemy of execution—and simplification its greatest ally

It takes an idiot to make things complex, but a genius to make them simple. The major advantage of sticking to core business and perfecting it over a long time is that you have the chance to simplify things and thereby radically accelerate execution.

You use the same brain to check your Instagram or Facebook feed looking for the next quick dopamine hit that you use to build your business. The two activities do not combine well. One is extremely short-term and focused on first-order consequences, instant rewards and short attention spans. The other one needs very long and sustained attention and extreme levels of tenacity.

The three to thrive

Here are my practical recommendations that I share as a coach and advisor to the world’s top CEOs and famous entrepreneurs on how to increase your attention levels, patience and persistence:

Tom Oliver, a “global management guru” (Bloomberg), is the chair of The Tom Oliver Group, the trusted advisor and counselor to many of the world’s most influential family businesses, medium-sized enterprises, market leaders and global conglomerates. For more information and inquiries: www.TomOliverGroup.com or email [email protected]