Nowadays, everything can be recycled, including estates.

Buildings that are abandoned or no longer in use take up prime space in cities and communities. Sometimes, it can be a shame to totally destroy these structures especially when they conceal rich histories behind their facades. As an alternative, it would be wiser to subject them to adaptive reuse. Repurposing architecture not only preserves history, but it is also a sustainable and practical way of making places that remain conducive to the needs of modern society.

Here are some examples of estates and structures that were effectively repurposed. 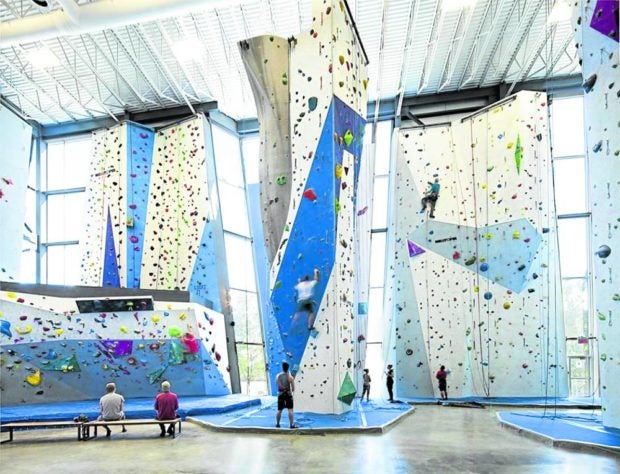 The rock climbing walls of Allez-Up were designed to bring to mind sugar and candy as a homage to the facility’s original use as a sugar refinery.

Paying homage to the industrial origins of Montreal, the rock climbing gym Allez-Up looks like a real-life candy land. The angled walls cladding the former factory are stark white, while the embedded rocks are multi-colored and vary in size. They seem to allude to the property’s past as a sugar refinery in the Lachine Canal, making the place a must-visit destination if you ever find yourself in the area.

Designed by the Quebec-based Smith Vigeant Architects, the project utilizes four silos which were originally built in 1952 for the Redpath Sugar Refinery. The whole estate was repurposed into a sports complex, with the silos in particular becoming the climbing gym. The whole facility maintained the industrial nature of the interiors to continue exuding the past. Keeping sustainability at the core of the design, the complex makes use of daylighting and natural ventilation to provide users a healthy environment within the complex. 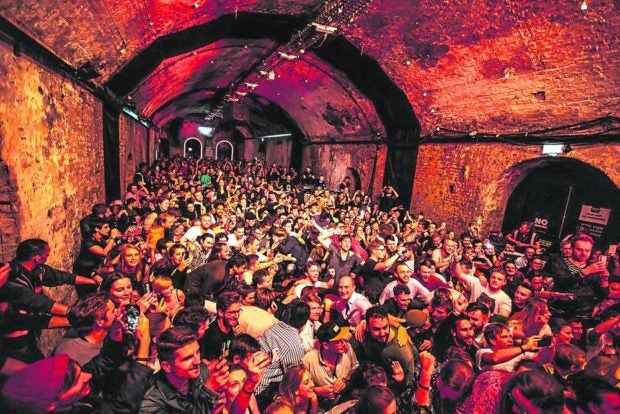 The House of Vans repurposed an old railway facility into a venue catering to art, cinema, music and skateboarding.

If you happen to be a skater, history buff and architecture aficionado, then this is the place for you.

Composed of subterranean brick arches under a railway line, the House of Vans London became a cultural hub of skateboarding, art, film and music in 2014. Repurposed through the combined efforts of Tim Greatrex Architects and Black Sparrow Presents, the facility features an indoor concrete skateboarding park, music venue, indoor cinema, and art gallery. The project’s subterannean location under the existing Waterloo Station prohibited the designers from disturbing the existing structural character of the facility. The result of this restriction pushed the design to its creative limits, resulting in a one-of-a-kind facility that exuded history and encouraged the imagination.

The original brick walls of the structure were retained while new lights were installed to provide a more modern environment. New rubber flooring seemed to allude to the origins of Vans as a rubber company. Reusable materials such as modular plastic tiles were incorporated in the project to make the project sustainable in the long run. 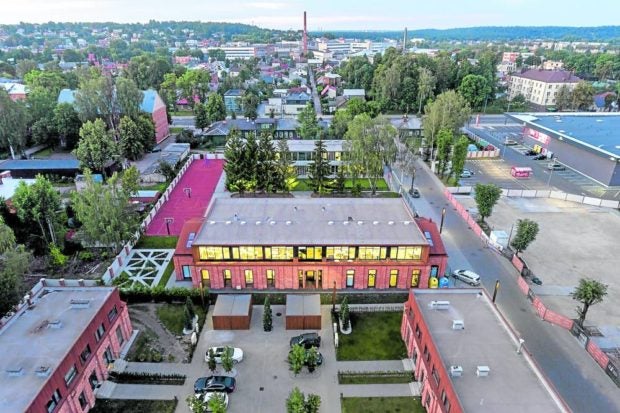 Queen Martha’s School in Lithuania makes use of a former military facility to create a new school campus.

Reviving some remains of a military town, Queen Martha’s School in Lithuania creatively repurposes old barracks to become elements of a fully functioning campus. It introduces new elements such as COR-TEN metal sheet roofing to jive with historical materials such as brick. This marriage of old and new helps maintain the original character of the environment while meeting new needs as a scholastic facility.

The original form of the main building was preserved with new walls installed to create new internal spaces. Classrooms, laboratories and even residences were fitted in the area. To deviate from the somber nature of military structures, a combination of natural and artificial lighting were designed in the repurposed facility.

The reimagined military barracks are now used as seven residential facilities, two commercial buildings, a school and a kindergarten. This project proves that culture and history can be celebrated even in modified structures for the new generation. 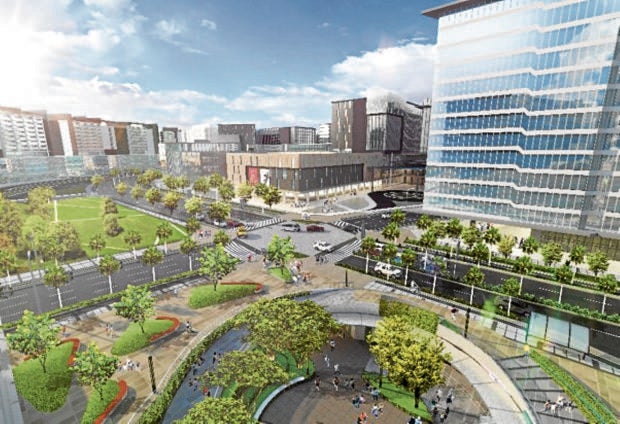 Arca South was borne out of the remnants of the original FTI, a food processing facility.

In the Philippines, we have several commendable examples of adaptive reuse. One, in particular, has transformed a former food processing center into a modern mixed-use estate. Located at West Bicutan in Taguig City, Arca South was developed by real estate giant Ayala Land Inc. (ALI) It makes use of a portion of the former Food Terminal Inc. (FTI), a government-owned agricultural center.

ALI bought 74 hectares of FTI land back in November 2012. Since then, the company has gradually been developing the area into commercial, residential, and business areas. It incorporates green parks with high-rise structures to provide a balanced and healthy environment for its users. Strategically located near Bonifacio Global City and Makati, the area is slowly growing into an ideal commercial district that promotes accessibility and ease of living. Instilling modern vibes in a historical section of the city, Arca South injects new life in FTI’s vicinity and helps push for the revival of the once-abandoned government facility.

In a world plagued with climate change problems, it makes sense to look back at old things and try to recycle them. This makes a lot of sense especially in architecture, an industry that often involves processes which contribute significantly to carbon emissions. By incorporating adaptive reuse and other sustainable measures in our way of building, we can minimize the detrimental effects of globalization on our environment. Moreover, history and culture are preserved in adaptive reuse, allowing new generations to learn about the past of structures.

By turning blights into beacons, architecture thus reimagines the past to meet new needs. It therefore becomes a tool of creation rather than destruction, sustainably creating new ways of living by honoring past practices.