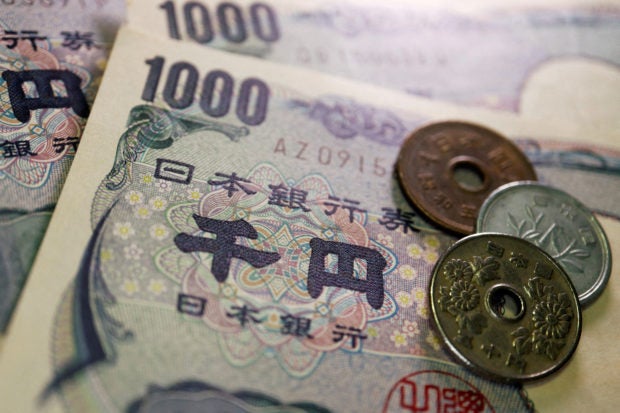 Coins and banknotes of Japanese yen are seen in this illustration picture.  REUTERS/Florence Lo/Illustration/File Photo

TOKYO -Japan’s Finance Minister Shunichi Suzuki said on Friday he would not rule out any options in taking action in the foreign exchange market if sharp weakening in the yen persisted.

Suzuki told reporters at the ministry that he was concerned about the recent rapid and one-sided weakening in the yen, which hit a 24-year low against the dollar earlier this month.

Earlier on Wednesday, the Bank of Japan conducted a rate check with banks in apparent preparation to step in to tame sharp yen falls.

“If such moves persist, the authorities would take necessary action without ruling out any options,” Suzuki said.

Suzuki said a weak yen has both merits and demerits, and he could not label it as right or wrong.

The dollar was down 0.37 percent against the Japanese yen to 142.96, helped a little by speculation of a potential currency intervention by Japanese authorities.

Market attention is focused on a slew of monetary policy meetings by the Federal Reserve, the Bank of Japan, and the Bank of England next week.

The divergence in monetary policy between Japan and other developed nations could further weaken the yen with the Fed raising interest rates and the BOJ maintaining its massive stimulus.

Officials would do the utmost to maximize benefits of the weak yen in areas such as inbound tourism to attract travelers to Japan to stimulate the economy, Suzuki said.

The government also aims to compile an economic package with targeted spending to help those affected by weak yen’s impact on the rising costs of living, he said.