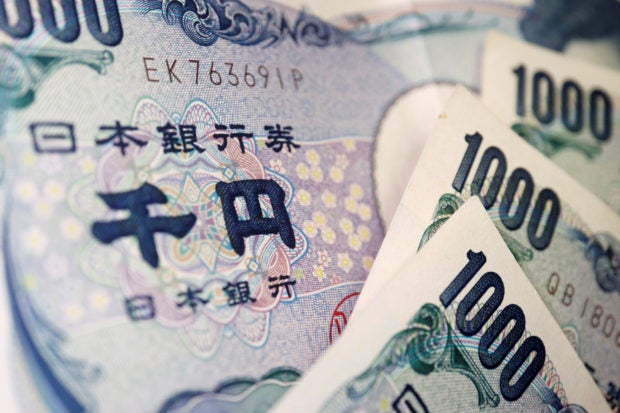 Banknotes of Japanese yen are seen in this illustration picture. REUTERS/Florence Lo/Illustration

TOKYO  – The vast majority of Japanese companies expect the yen to firm against the dollar by year-end, a Reuters monthly poll showed on Thursday, suggesting further weakness in the local currency could catch businesses off guard.

The yen’s downturn this year, which accelerated in recent weeks, has burdened households with higher costs of everything from food to fuel. The rapid declines have also raised alarm among big companies and policymakers, making it difficult for companies to plan for the future.

The currency has lost about 20 percent versus the dollar since the start of this year, hitting a fresh 24-year low of just shy of 145 yen last week. The yen has been hammered against the dollar due to the growing gap between U.S. and Japanese interest rates.

“The yen has weakened so rapidly that it has meant a big impact on business management,” wrote a manager at one manufacturer in the automotive industry, responding on the condition of anonymity.

The survey was conducted before Japanese authorities this week gave strong indications that they were uncomfortable with the currency’s sharp declines and appeared to be preparing to intervene to prop it up. On Wednesday, the yen was at 143.62 to the dollar.

“From the standpoint of sustaining economic growth and coping with the procurement costs of raw materials, moderate rises in the yen are desirable,” wrote a manager at a maker of industrial ceramics used in chips.

Separately, a slim majority of respondents want the yen to rise moderately while 28 percent want it to fall modestly.

So far, Japan has not been able to capitalize on one big potential benefit from the weak yen: inbound tourism. Thanks to strict border controls the world’s third-largest economy is still only seeing a trickle of foreign tourists.

Prime Minister Fumio Kishida this month raised the daily cap for entrants into Japan to 50,000 and the government is now considering scrapping the cap altogether by October, the Nikkei business daily reported on Sunday.

The government is also considering removing a requirement that only visitors on package tours are allowed in, the newspaper said.

Still, the survey showed corporate Japan – which has broadly lobbied to ease restrictions on tourism – believes a recovery will be slow in coming.

Some 28 percent think inbound demand will return to pre-pandemic levels by end-2023 while 18% expect it to return to those levels in 2024 or later. A full 20 percent see it never returning to those levels.

One-third said they were unaffected by inbound tourism.

The Reuters Corporate Survey, conducted for Reuters by Nikkei Research, canvassed around 500 big non-financial Japanese firms on condition of anonymity, allowing them to speak more freely.

Separately, the survey also found that three quarters of firms are concerned about the possibility of an incident in Taiwan, given the political sensitivities around the island claimed by China.