The Work 2022: GIGIL Agency remains as one of Asia-Pacific’s ‘Top 5’ ad agencies

The Work 2022: GIGIL Agency remains as one of Asia-Pacific’s ‘Top 5’ ad agencies

Independent Filipino ad agency, GIGIL Philippines has once again put the country on the map with the Campaign Brief’s THE WORK 2022 by retaining its position as Asia Pacific’s Top 5 ad agency of the year – a distinction it has enjoyed for the third year in a row. 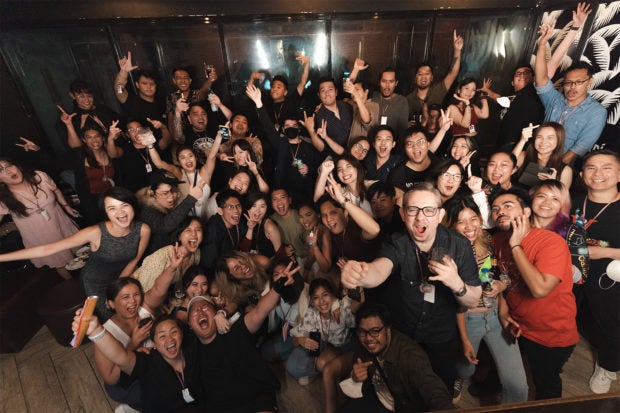 An intense win for the whole agency! Team GIGIL Philippines celebrates victory after getting hailed as one of Asia Pacific’s Top 5 ad agency of the year at Campaign Brief’s THE WORK 2022 – a concerted effort by everyone in the agency, from creative, accounts, strategic planning, social and media.

THE WORK recognizes the very best advertising of the year from Asia, Australia and New Zealand. Published by Campaign Brief, only entries that meet the rigorous criteria for judging earn an “Acceptance,” which is counted into the Campaign Brief Asia Creative Rankings.

Already on its 20th year, THE WORK has gained recognition as a true record of advertising creativity for the entire region.

A total of 177 ad agencies from Asia Pacific had entries accepted into Campaign Brief’s THE WORK 2022. It received a record 4,197 entries, including 108 Acceptances from the Philippines.

With 36 Acceptances, GIGIL showed remarkably strong performance defending its #5 ranking, a spot which it shares this year with Australian ad agency The Monkeys. Going by the list, GIGIL’s prolific showing this year also placed it as #1 in the Philippines, and #3 overall in Asia.

“GIGIL’s achievement is a tribute to our brave clients.  On their behalf we accept this honor, and to them we give thanks,” GIGIL Founding Partner Badong Abesamis says.

Incidentally, all of GIGIL’s employees – from creative, accounts, strategic planning, social and media – worked on entries that eventually made it to its list of Acceptances, making this year’s recognition that much sweeter – a victory for the whole agency in the truest sense of the word.

Just recently, GIGIL bagged a Bronze Lion in the 2022 Cannes Lions International Festival of Creativity for its film for client Cheers called “Party” – its second Cannes Lion after winning in the same category in 2021 for its viral video for RC Cola called “Family.”

An ad agency that has gained popularity even among Filipinos outside the advertising field, GIGIL Philippines is known for its exceptional work, such as the viral promotion of the Netflix “Trese” series that featured defaced billboards all over Metro Manila.