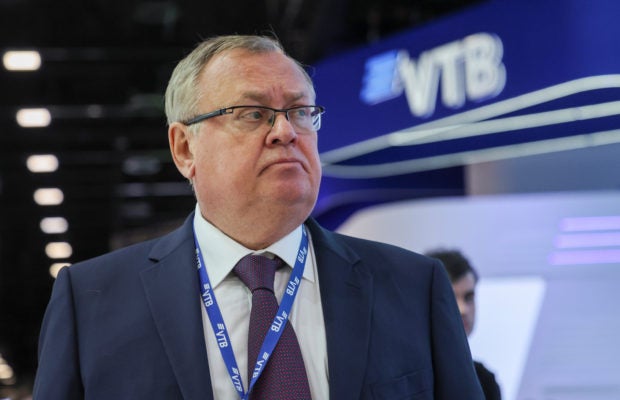 VLADIVOSTOK, Russia – The head of Russia’s VTB, Andrei Kostin, said on Wednesday the nation’s banking sector had largely overcome the most serious effects of Western sanctions and that systemic capitalization of Russian banks was likely not needed.

Hit by unprecedented economic sanctions from the West, Russia’s banking sector posted heavy losses in the first six months of the year and officials have pushed lenders to drastically reduce their exposure to the U.S. dollar and euro.

VTB, Russia’s second-largest lender, though, returned to profit in July after record losses in the first six months of the year, and will start lending in the Chinese yuan and other non-Western currencies later this year, it said on Tuesday.

Western sanctions on Russia over its actions in Ukraine have cut Moscow off from the global financial system and from nearly half of its $640 billion in gold and foreign exchange reserves.

CEO Kostin had said in April Russian banks would likely need a wider recapitalization to cope with losses.

Russian officials have heralded the economy’s performance in recent months, saying it is holding up much better than expected in the face of sanctions.

Kostin was speaking on Wednesday at a session on the transformation of Russia’s financial sector at the Eastern Economic Forum in Vladivostok.