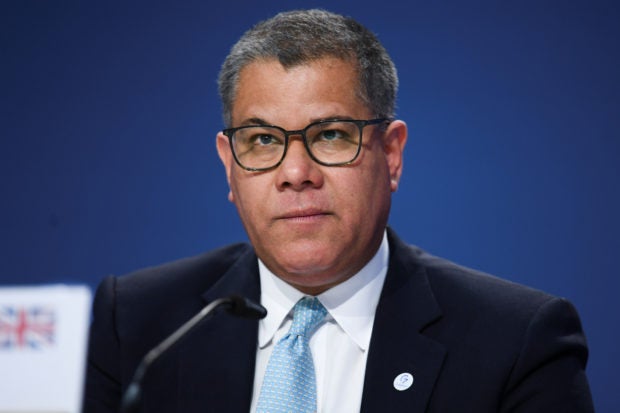 British COP26 President Alok Sharma attends a news conference during the meeting of the G7 Climate, Energy and Environment Ministers during the German G7 Presidency at the EUREF-Campus in Berlin, Germany May 27, 2022. REUTERS/Annegret Hilse/File photo

Some of the world’s major economies are “backsliding” on their emissions commitments, Britain’s climate delegate Alok Sharma said on Thursday, a day after a meeting of the Group of 20 (G20) nations failed to adopt a joint communique at climate talks.

Objections to language on climate targets and the war in Ukraine prevented a joint communique from being issued at the G20 ministerial meeting in Bali on Wednesday, diplomatic sources said.

Sharma, president of the United Nations Climate Change Conference in Glasgow (COP26) and head of the British delegation in Bali, told Reuters the response from the G20 that accounts for 80 percent of global emissions was “incredibly worrying”.

“It is certainly the case that what we did see was a number of countries backsliding on the commitments that they made in Paris and in Glasgow,” he said in an interview.

“Unless the G20 are willing to act on the commitments they have made in Glasgow I am afraid the prospect of keeping 1.5 degrees within reach is going to slip away very, very fast.”

Sharma did not single out any countries, but sources on Wednesday said some members, including China, had objected to previously agreed upon language in COP26 and past G20 agreements on efforts to limit global temperature rises from reaching 1.5 degrees Celsius.

China’s foreign ministry did not respond to a request for comment on the issue.

G20 climate ministers met on the Indonesian resort island for the talks as extreme weather events – fires, floods and heat waves – pummel several parts of the world, including unprecedented flooding in Pakistan that has killed at least 1,000 people.

Scientists say most such extreme weather events are attributable to human-caused climate change and will only increase in severity and frequency as the globe edges closer to the warming threshold of 1.5 degrees Celsius above pre-industrial levels.

In comments ahead of November’s COP27 in Egypt, Sharma said the position some countries had taken in Bali was unacceptable.

“The big emitters absolutely need to look these climate vulnerable countries in the eye and say they are doing absolutely everything they can to deliver on the commitments they have made,” he said.