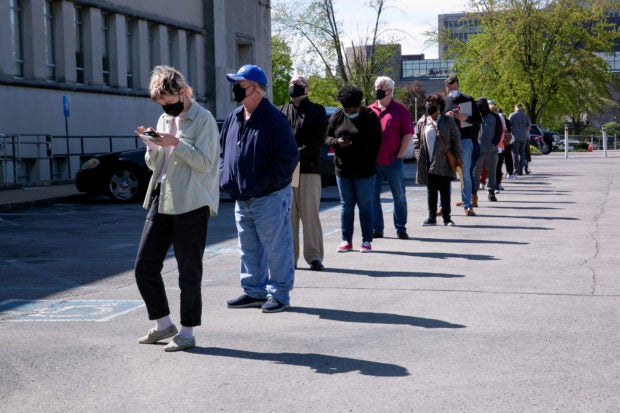 JACKSON HOLE, Wyo.  – In 2019, the U.S. unemployment rate averaged 3.7 percent and consumer prices rose at an annual rate of around 1.8 percent.

Fast forward to 2022, and while the unemployment rate has averaged the same 3.7 percent for the first seven months of the year, prices are sky-rocketing at an annual rate of more than 8 percent- touching off a potentially intense debate at the Federal Reserve over whether the “hot” labor market policies embraced before the COVID-19 pandemic can survive in the economy that is emerging.

U.S. central bank officials acknowledge their battle to tame raging inflation is likely to cost jobs as rising interest rates slow the economy and companies retool staffing plans in response, though whether the loss of employment will be modest or massive is unknown.

More contentious: Whether the combination of a tight job market and high inflation is a coincidence of the pandemic or a sign that labor and the economy have changed in fundamental ways that mean efforts to control inflation may require higher unemployment than before.

St. Louis Fed President James Bullard countered that the Fed should be cautious in assuming indicators like the labor force participation rate should always go higher.

“People do value leisure and you want them to get the right tradeoff,” he said.

In the wake of the pandemic, it remains an open question whether those preferences have changed.

There’s growing evidence they did. Retirements rose, and while some retirees went back to work, not all did. Labor force participation for younger workers remains lower than pre-pandemic levels as well.

Recent research has suggested a decline also in the hours people want to work.

The implication is the economy may remain labor-constrained, with continued pressure on wages, and that for any given unemployment rate there may be even less available labor than headline numbers indicate.

For the current inflation debate, that may mean that policymakers have to accept a relatively larger rise in joblessness if they wish to lower the rises in prices.

In the Fed’s most recent economic projections, the median estimate tagged a long-run unemployment rate of 4 percent as consistent with inflation at the central bank’s 2 percent target. Joblessness is seen increasing as part of the inflation battle, but only gradually to 3.7 percent by the end of this year, 3.9 percent next year, and 4.1 percent in 2024 – in effect a “soft landing” for the job market in response to the highest inflation and most aggressive interest rate increases in 40 years.

Many analysts regard that outlook as too optimistic, and argue that the Fed will need to create much more economic slack – lower demand and slower growth – to get the needed response on prices. That may mean broader job losses.

The Labor Department on Friday will issue its employment report for August, with analysts polled by Reuters forecasting that the unemployment rate will remain unchanged at 3.5 percent. Less than three weeks later, Fed policymakers will issue new economic projections at their Sept. 20-21 meeting.

One estimate from San Francisco Fed economists posited that an unemployment rate consistent in the short-run with lower inflation to be as high as 6 percent. That would imply roughly 4 million lost jobs.

“Economic disruptions appear to have pushed up the short-run noninflationary rate substantially,” the research concluded.

There are contrary theories. If inflation is driven less by resource slack, including labor, and more by recent global supply problems or by public expectations, it may come under control with minimal job losses.

That case has been argued by Fed Governor Christopher Waller. In a recent paper, he concluded that shifts in the relationship between job openings and joblessness may mean a drop in vacancies could do much to ease labor market pressure – a point rebutted by former U.S. Treasury Secretary Lawrence Summers’ projections of a sharp rise in unemployment.

Fed Chair Jerome Powell stuck with the euphemistic “some softening of labor market conditions” in his keynote speech on Friday at the Jackson Hole conference in Wyoming as he promised a tough fight against inflation.

Cleveland Fed President Loretta Mester told Reuters in an interview that the unemployment rate may only need to rise as high as 4.25 percent.

“I don’t think anybody can be very precise now about where the sustainable rate of unemployment is,” she said on the sidelines of the Jackson Hole conference on Saturday. If there was a wide range before, there is a wider range now because of the nature of work changing … But it is a little premature to say we have to get unemployment up to 6 percent. That is not in my forecast.”

There also is a longer-run consideration for the Fed. Under Powell, the Fed conceded that in the past it had sometimes overstated the risk of inflation, and kept monetary policy stricter than necessary at a cost of needless unemployment.

To avoid that error, the Fed adopted a new strategy in 2020 that pledged to fight “shortfalls of employment from its maximum level.” In practice, that meant looser policy that took greater risks with inflation in favor of pushing up employment – the very hot labor market strategy Gopinath warned about.

There was a sense at the time that the unemployment rate consistent with low inflation had fallen far below Fed estimates, and ignoring that to chase phantom inflation would foster unnecessary joblessness.

The unresolved issue now is whether that so-called “natural” rate of unemployment has risen either temporarily or permanently, and whether tradeoffs between inflation and unemployment – thought to have faded as a concern – will now bind policymakers.

“People are concerned that these tradeoffs will be more pointed … There are still unresolved pandemic issues layered on top of the long-run demographics,” that would tend to decrease labor force participation, said Janice Eberly, an economist at Northwestern University. “Nobody really wants to put a stake in the ground on what the unemployment rate is going to look like in the long run.”

Read Next
Restaurants’ new normal: fewer cashiers, chefs and wait staff
EDITORS' PICK
House energy committee chair Arroyo bats for cheap electricity
Pagasa: Warm, sunny Sunday in most parts of PH
vivo’s coming to town to grant wishes with more holiday promos
The Best Tech Gifts For The 2022 Holidays
Is it safe to talk politics again at family gatherings? ‘The Reconciliation Dinner’ shows us what that’s like
EDITORIAL: To a bike-friendly future
MOST READ
LOOK: Vhong Navarro transferred to BJMP detention facility in Taguig
The Elephant Man in the Senate
Posh village as ‘shabu’ haven
LOOK: Zanjoe Marudo bonds with Ria Atayde, her family
Don't miss out on the latest news and information.