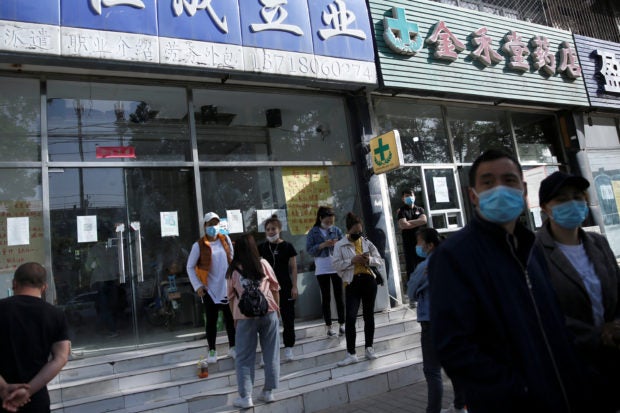 BEIJING -China’s unemployment insurance payouts hit a record high in June, adding to signs of a struggling labor market as the economy has been badly hit by COVID-19 outbreaks and a property crisis.

Payments by China’s unemployment insurance fund jumped 256.6 percent in June from a year earlier to 37.19 billion yuan ($5.42 billion), according to Reuters’ calculations based on data from the Ministry of Human Resources and Social Security. That was the highest since the data series began in January 2013.

The surge in the payouts resulted in a deficit of 22.74 billion yuan in the fund in June, widening from a 4.91 billion yuan deficit in May and contrasting with monthly surpluses from January to April.

China’s unemployment insurance fund is pooled from employers, employees and government subsidies, and the spending offers help with the basic needs of the jobless.

The youth unemployment rate rose to a record high of 19.9 percent in July, even as the nationwide survey-based urban jobless rate eased to 5.4 percent in the same month.

A graduate student based in Shanghai, who only gave his surname Wang, said he had postponed graduation for a year because of the tough job market.

“The internet companies, where a lot of graduates ended up going a few years ago, are now laying off employees and cutting headcount for graduates,” Wang said.

The government said in May it would offer a subsidy of 1,500 yuan to firms for each graduate hired.

Policymakers have played down the need to hit the annual economic growth target of “around 5.5 percent” in 2022, as headwinds persist.

“Propping up domestic demand to support jobs remains a policy priority, which is key yet challenging.”