Is there such a thing as double or extended probationary period for employees? | Inquirer Business

Is there such a thing as double or extended probationary period for employees? 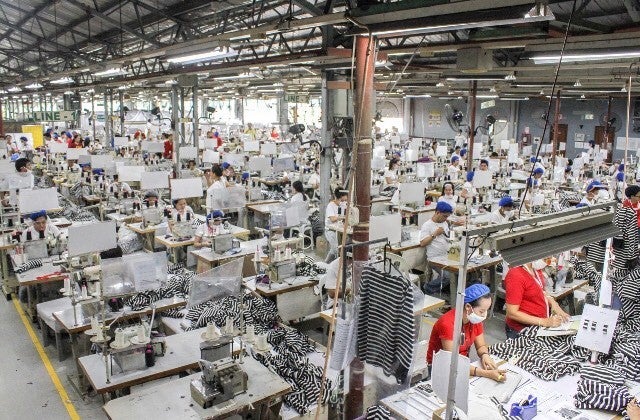 Some employees of the Mactan Export Processing Zone (MEPZ) only have until Oct. 4 after they were laid off amid the economic slowdown caused by the COVID-19 pandemic. (Mepz Workers Association Facebook page)

(Editor’s note: This is the first article of Atty. John Philip Siao who will be writing for inquirer.net every week.)

There is a saying in business: employees are a company’s most valuable asset. Therefore, it is crucial for organizations to hire and retain the right people. Good employees can drive a business to success, but bad eggs in an organization may cause conflict, demoralization, and disaster.

This is why it is standard practice for newly hired employees to undergo a probationary period before regularization, to allow the company some assurance that they are hiring the right person. In this regard, one important issue my clients usually ask about is whether the probationary period is strictly limited to a maximum of six months.

For some background, a probationary employee is one who is observed and evaluated for a given period of time, to determine whether or not he is qualified for permanent employment. This affords the employer an opportunity to observe the skill, competence, and attitude of a probationer, and for the employee to prove to the employer that he has the qualifications to meet the reasonable standards for permanent employment (Escorpizo vs. University of Baguio Faculty Education Workers Union, G.R. No. 121962, 30 April 1999).

Regular employees can only be terminated due to (1) just or (2) authorized causes provided by the law. On the other hand, probationary employees may be terminated due to (1) just; (2) authorized causes; or (3) if/when the employee fails to qualify as a regular employee in accordance with the reasonable standards prescribed by the employer (Myra M. Moral v. Momentum Properties Management Corporation, G.R. No. 226240, March 6, 2019).

The twin notice and hearing requirement for just dismissals in the case of regular employees are not required for probationary employee termination. If the ground for termination is due to the failure of a probationary employee to meet the standards of the employer, it is sufficient that a written notice is served to the employee within a reasonable time from the date of effectivity. The probationary employee already knows that he will be under observation and his performance is under scrutiny (Section 2, Rule I, Book VI of the Implementing Rules of the Labor Code of the Philippines).

Substantially higher and stricter standards are required to terminate the employment of a regular employee versus that of a probationary employee. Businesses that do not correctly comply with the proper grounds and process for termination of employment will suffer harsh penalties such as reinstatement, back wages, and payment of damages, which could run into substantial amounts.

Lawyers typically give the conservative advice that probationary employment should not exceed six months. There are, however, two very interesting cases decided by the Supreme Court where the Court allowed for a longer probationary period.

In the Mariwasa case, the employee was hired as a general utility worker under probationary status. Upon the expiration of the probationary period of six months, the employee was informed that his work had proved unsatisfactory and that he had failed to meet the required standards. To give him a chance to improve his performance and qualify for regular employment, instead of termination or ending his probationary employment, with the written consent of the employee, the Company extended the probation period for another three months. The employee’s performance did not improve and the Company terminated his employment at the end of the extended period. The employee filed a complaint for illegal dismissal and the then Ministry of Labor ruled in favor of the employee, stating that he was already a regular employee at the time of his dismissal, therefore, could not have been lawfully dismissed for failure to meet company standards as a probationary worker.

The Supreme Court reversed this ruling, and upheld the extension stating “by voluntarily agreeing to an extension of the probationary period, Dequila in effect waived any benefit attaching to the completion of said period if he still failed to make the grade during the period of extension. The Court finds nothing in the law which by any fair interpretation prohibits such a waiver. And no public policy protecting the employee and the security of his tenure is served by prescribing voluntary agreements which, by reasonably extending the period of probation, actually improve and further a probationary employee’s prospects of demonstrating his fitness for regular employment.”

On the other hand, in the Buiser case, the Supreme Court affirmed a probationary contract that provided for an 18-month period, based on the finding that the nature of work required a longer period of probation to evaluate the performance of the employee and/or to determine whether the employee is qualified.

The Supreme Court held “In the case at bar, it is shown that private respondent Company needs at least eighteen (18) months to determine the character and selling capabilities of the petitioners as sales representatives. The Company is engaged in advertisement and publication in the Yellow Pages of the PLDT Telephone Directories. Publication of solicited ads are only made a year after the sale has been made and only then will the company be able to evaluate the efficiency, conduct, and selling ability of its sales representatives, the evaluation being based on the published ads.”

In view of the foregoing, the Supreme Court has by way of case law provided for two exceptions to the 6-month probationary period. Extensions agreed upon by the employer and employee, which are considered an act of liberality on the part of the employer and for benefit of the employee, have been allowed. The second, where the nature of the work requires a longer period of probation to evaluate the capability and qualification of the employee have likewise been recognized and allowed.

In connection to this, it would be advisable for businesses that rely on the first exception to have a written request from the employee before approving any extensions. For companies relying on the second exception, it would be advisable to clearly establish the special circumstances as to why the 6-month period is not sufficient. We should keep in mind the fundamental principle in Labor law that the burden of proof rests upon the employer to show that the dismissal is proper and lawful, and any doubts to this are resolved in favor of labor (Agusan Del Norte Electric Cooperative, Inc., et al. v. Cagampang, et al. G.R. No. 167627, 10 October 2008).

In the same way that the Supreme Court has recognized and affirmed extensions or extended probationary periods, It could in subsequent cases take a more strict or conservative approach, which is why it is still best to adhere to the 6-month probationary period and to rely on the exceptions for only truly exceptional cases.

(The author, Atty. John Philip C. Siao, is a practicing lawyer and the Co-Managing Partner of the Tiongco Siao Bello & Associates Law Offices (TSBLaw)). He may be contacted at [email protected] The views expressed in this article belong to the author alone and do not in any way reflect the view or opinion of TSBLaw or any member ther)