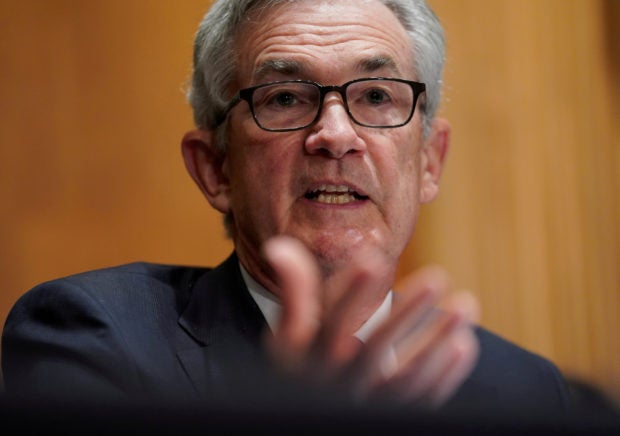 For workers hoping to hold onto wage gains and investors hoping to hang onto profits, Federal Reserve Chair Jerome Powell’s remarks this week to a central banking conference in Wyoming will lay out what he expects to happen in an economy battling inflation while also, some fear, edging towards a recession.

He’d be the first to acknowledge one uncomfortable fact: He has no idea what the next few months will bring.

“It’s very hard to say with any confidence in normal times … what the economy’s going to be doing in six or 12 months,” Powell said on July 27 after the end of the Fed’s last policy meeting. “These are not normal times.”

Powell is scheduled to speak Friday morning at the Kansas City Fed’s annual Jackson Hole research conference held at a national park lodge outside of Jackson in the western U.S. state. The gathering is one of the central banking profession’s A-list events, with global officials kibbitzing over cocktails, listening to presentations on new research, hiking the Grand Teton mountains and fly fishing for fine-spotted cutthroat trout on the Snake River.

The gathering also offers an attention-getting perch for a Fed chief or other policymaker to fine-tune their messaging.

With the U.S. central bank facing the worst breakout of inflation since the early 1980s, and raising interest rates fast to counter it, Powell is expected to keep the focus squarely on that battle – and on the Fed’s singular commitment to winning it.

“What we should hear and are likely to hear next week is push-back” to the idea that the Fed feels it has tightened credit conditions enough to fix the inflation problem, or that, as some have speculated, it would “blink” at the first sign of economic weakness and either stop raising rates or even begin cutting them, said Seema Shah, chief strategist at Principal Global Investors.

Rather, she said Powell was likely to emphasize that “growth is slowing, is likely to slow further, yet inflation will be sticky and their priority is to contain inflation … They are not about to stop in response to weaker growth.”

The groundwork has been laid in comments recently from the Fed’s cadre of regional bank presidents, who have openly entertained the risk of recession as part of controlling inflation, used phrases like “raise and hold” to describe a rate-hiking strategy where cuts have no place yet, or flat out called for continued large rate increases like the back-to-back 75-basis-point hikes delivered in June and July.

It implies a rocky second half of the year, with risks particularly for equity investors who have recently pushed stock prices higher and employees who might be caught out by a cycle of layoffs.

The roots of the inflationary surge are broad, ranging from the volatile ride in energy and food markets stemming from Russia’s Feb. 24 invasion of Ukraine, to the vagaries of global shipping during the COVID-19 pandemic and what one Fed official likes to call “revenge spending” by U.S. consumers to make up for lost time since the onset of the virus in early 2020.

“We remain in the midst of an extraordinarily complicated pandemic-related economic shutdown and restart,” Bob Miller, head of Americas fundamental fixed income at BlackRock, wrote last week. “Historical correlations … have broken down” among simultaneous “shocks” pulling demand, supply and the economy overall in conflicting directions.

Getting a read on what’s next has become immensely difficult: Just consider that after six months in which the economy shrank when measured by gross domestic product data, businesses still added more than an extra half million employees in July. That has forced the Fed to swap out the sort of guidance it had used to map out its plans for months ahead in favor of outlining its intentions one meeting at a time.

For workers, businesses and investors, that leaves a slim foundation for planning.

Powell’s remarks, due to be delivered at 10 a.m. EDT (1400 GMT) on Friday, will target a U.S. audience, but the ears of the world will hang on every word. As the head of the world’s most powerful central bank, the course the 69-year-old former investment banker outlines for the Fed will have ripple effects across the globe at a moment when most other central banks are also locked in their own battles with inflation.

The Fed’s main monetary policy tool, the federal funds rate, has risen from near zero in early March to the current target range of 2.25 percent to 2.50 percent, with more hikes certain to come, but the ongoing pace and ultimate stopping point still unclear. Policymakers around the world have done much the same thing, to varying degrees.

The rate increases really only work on one aspect of inflation – the portion arising from business and consumer spending. By making loans for things like houses and cars more costly, they discourage those purchases; less demand should mean less pressure on prices, and in the case of housing that can course through many parts of the economy.

Faltering demand and tighter credit can also affect what corporations pay to borrow, crimping their spending. It can have a mighty effect on stock prices as well since equities are often most alluring when interest rates are low or falling.

The key issue confronting the Fed, and the U.S. economy, is whether the rate increases already telegraphed will squelch enough demand to reduce inflation, which by one measure used by the central bank is running at about three times its 2 percent target.

If not, and inflation numbers don’t confirm a consistent slowing trend in coming months, the Fed will have to reset expectations for even higher borrowing costs – the type of event that could cause a fresh sell-off in stocks, layoffs at corporations, and even a recession.

That’s an outcome Powell and his colleagues want to avoid. But, as he is expected to emphasize, the economy needs to slow for inflation to fall, and if it doesn’t the Fed will need to tighten policy further.

“There’s a path to getting inflation under control, but a recession … could happen in the process,” Richmond Fed President Thomas Barkin told reporters on the sidelines of a conference in Maryland on Friday. “We are out of balance today.”