Following the thrill and excitement of its first leg last July, the 2022 TOYOTA GAZOO Racing Vios Cup is gearing up for even greater thrills on its second leg happening on August 20, 2022, at the Clark International Speedway (CIS) in Pampanga. 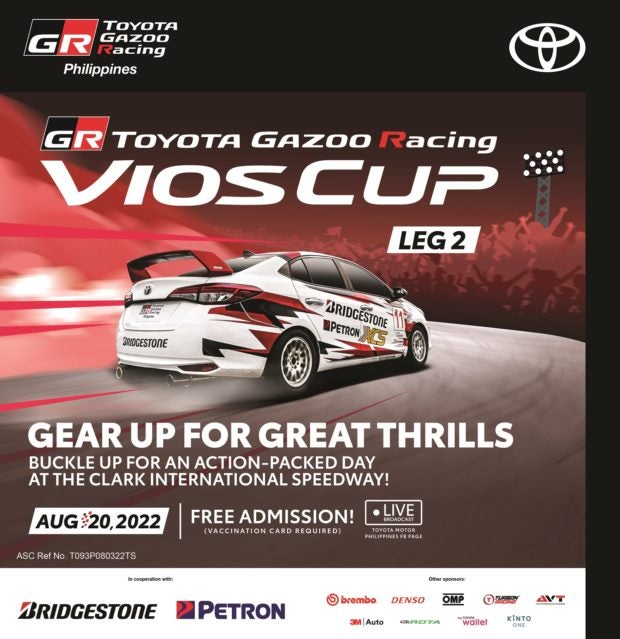 Toyota Motor Philippines (TMP)’s premier motorsports program is taking the action to the next level this coming weekend at CIS. After concluding the first leg with exciting races and even more exciting wins, Leg 1 champions Alain Alzona, Troy Montero and John Dizon of Circuit Championship will be back on track to try reclaim their spots in the podium.

TOYOTA GAZOO Racing Gran Turismo Cup winners will also continue racing from screen to the tracks as they join the excitement of the Autocross Challenge as well.

Our anticipating audience will also get to preview the upcoming addition to the TOYOTA GAZOO Racing line up—the GR 86—in action as it roars in the racetracks, fueling more excitement to this adrenaline-filled weekend. Catch our Vios Cup racers as they once again race to the top spot in Circuit Championship and Autocross Challenge in the 2022 TOYOTA GAZOO Racing Vios Cup Leg 2 at the Clark International Speedway on August 20, 2022 at 9:30AM. Admission is free, just don’t forget to bring your vaccination cards and present upon entry.

You can also watch the races wherever you are via Facebook livestream on Toyota Motor Philippines or TOYOTA GAZOO Racing Philippines Official Facebook Pages. Livestream starts at 9:30AM.

The 2022 TOYOTA GAZOO Racing Vios Cup is organized in cooperation with Bridgestone and Petron, and is supported by Brembo, Denso, OMP, Tuason Racing, AVT, 3M, ROTA, myTOYOTA Wallet and Kinto One. 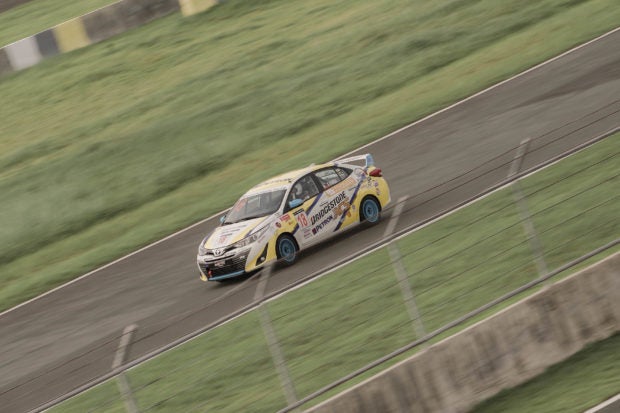