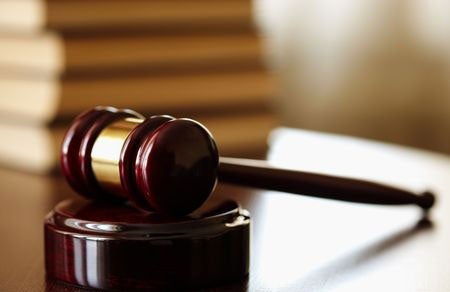 This involved the 2017 joint venture agreement for the Manila Waterfront City, a sprawling mixed-use development spanning 318 hectares that would be located west of the Quirino Grandstand up to the breakwater of Manila South Harbor.

The project was assailed by petitioner Asean Seas Resources and Construction Development Corp., which claims overlapping rights in the area that was awarded three decades ago during the term of the late president Corazon “Cory” Aquino.

But on Aug. 4, the Makati court said the petitioner failed to “implead” the Office of the President, which it said was an indispensable party, when it sued the joint venture parties and stakeholders Philippine Reclamation Authority (PRA), the City of Manila and Gatchalian-led Waterfront Manila Premier Development Corp.

The President approves all reclamation projects, upon the recommendation of the PRA, based on Executive Order 525 issued in 1979 during the term of the late president Ferdinand Marcos Sr.

“In the absence of the indispensable party in the instant case, the assailed decision should be vacated,” wrote Makati City Regional Trial Court acting presiding judge Rommel Baybay.

“Accordingly, for the petitioner’s failure to implead the Office of the President as public respondent, the decision is premature,” he said in the nine-page order, which acted favorably on the May 11 appeals of the joint venture parties.

Pozon’s original 225-page decision last April 25 voided the 2017 joint venture deal for its failure to “secure the required [National Economic and Development Authority] board approval and because the Manila Waterfront City reclamation project did not undergo public bidding as required.”

Pozon also recognized a 1991 project award granted to Asean Seas Resources, which is led by the heirs of the late construction pioneer Felipe Cruz, founder of F.F. Cruz & Co. Inc.

In its appeal to the April 25 order, the PRA revealed that the board canceled the 1991 award notice to Asean Seas Resources through a resolution issued on Oct. 16, 2019.

This was two years after the City of Manila and Waterfront signed the joint venture agreement for the Manila Waterfront City, the fourth major reclamation project under then mayor and former president Joseph “Erap” Estrada.

The Gatchalian and Cruz families are among several private sector groups with large reclamation proposals in the area.

In 2020, former President Rodrigo Duterte said he would ban private reclamation projects in Manila Bay except for those connected to government projects and those that were previously approved.

Meanwhile, the Waterfront group said it was keen to start its project within the year.

“Waterfront Manila and the City of Manila are in the advance stages of its permit processing and once completed, will commence mobilization,” Julieta Santos, counsel of Waterfront Manila, told the Inquirer on Thursday.