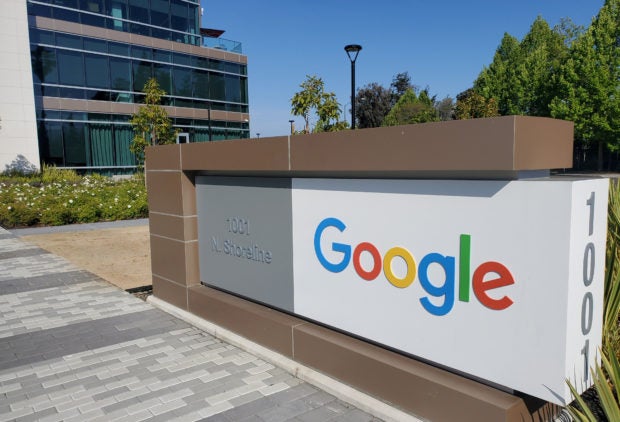 FILE PHOTO: A sign is pictured outs a Google offcie near the company’s headquarters in Mountain View, California, U.S., May 8, 2019. REUTERS/Paresh Dave/File Photo

SYDNEY – Australia’s highest court overturned on Wednesday a ruling that had found Google engaged in defamation by supplying a link to a contested newspaper article, throwing the spotlight again on how online libel cases are handled in the country.

The seven-judge panel of the High Court of Australia voted 5-2 to throw out an earlier finding that the Alphabet Inc unit played a part in publishing the disputed article by acting as a “library” housing it, saying the website had no active role.

The decision brings fresh confusion to a question that has been simmering in Australia for years about where liability rests for online defamation. A years-long review of the country’s libel law is yet to give a final recommendation on whether large platforms like Google and Meta Platforms’ Facebook should be accountable.

The case stems from a 2004 article which suggested that a criminal defense lawyer had crossed professional lines and become a “confidant” of criminals, according to the published judgment. The lawyer, George Defteros, found a link to the story in a 2016 Google search of his name and had Google remove it after it was viewed by 150 people, the judgment said.

Defteros sued in a state court which found Google was a publisher and ordered it to pay him A$40,000 ($28,056). Google appealed the judgment, culminating in Wednesday’s decision.

“The Underworld article was not written by any employee or agent of the appellant,” two of the panel judges wrote in Wednesday’s ruling, the appellant being Google.

“It was written by a reporter with no connection to the appellant, and published by an independent newspaper over which the appellant had no control or influence.”

Google “does not own or control the internet”, they wrote.

A Google spokesperson was not immediately available for comment.

Defteros said in a statement that the process had been “long, drawn out, expensive and extremely stressful” but he felt vindicated because the court agreed the article was defamatory even though Google was not liable.

The ruling comes after the High Court last year found a newspaper publisher liable for defamatory comments left beneath an article that it had posted on Facebook.

The difference between the 2021 Facebook case and Wednesday’s case was that the media companies last year “invited and encouraged comment”, while Google “did not provide a forum or place where it could be communicated, nor did it encourage the writing of comment in response”, the judges wrote.