TAVR is a minimally invasive surgery that replaces a diseased aortic valve with a man-made one using catheters, without opening the chest, without a heart-lung machine or general anesthesia. This landmark heart operation is an important step in the advancement of new and advanced minimally invasive techniques designed to improve the lives of Filipinos suffering from aortic valve disease.

It symbolizes clinical excellence and medical innovation as it sets standards for the introduction of new and advanced therapies into the country’s medical delivery services. The TAVR’s quality controlled outcomes of care are at par with those reported by leading international institutions.

Leading this historical operation was Dr. Fabio Enrique Posas, a pioneer in the use of minimally invasive surgical techniques for the management of complex structural heart and vascular diseases in the Philippines. He is an accomplished consultant at SLMC, widely known for his milestones in interventional cardiology. 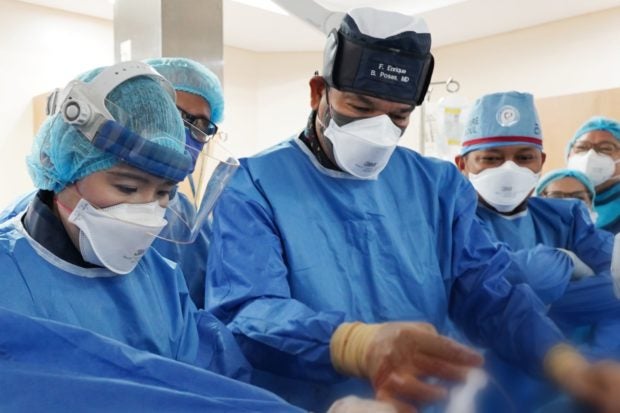 The forefront of life-saving medical research and technology

The development of TAVR was mainly necessitated by the limitations of open surgical aortic valve replacement in the management of aortic valve stenosis (AS). AS is a degenerative valvular disease that becomes fatal once symptomatic. This is due to progressive narrowing and hardening of the aortic valves leading to limitations in cardiac outflow which lead to swelling of the legs, breathlessness, functional limitation and impairment of quality of life and, finally, to build up of fluid in the lungs and death. Once heart failure sets in, the mortality rate reaches as high as 50 percent within one to two years.

In the early 2000s, the only treatment available in the Philippines for symptomatic AS was limited to open heart surgery (SAVR). However, SAVR is not often feasible for older patients who may have many concurrent diseases and for high or extreme risk patients. TAVR addresses these concerns and also offers significant options of care for those individuals who refuse open heart procedures. 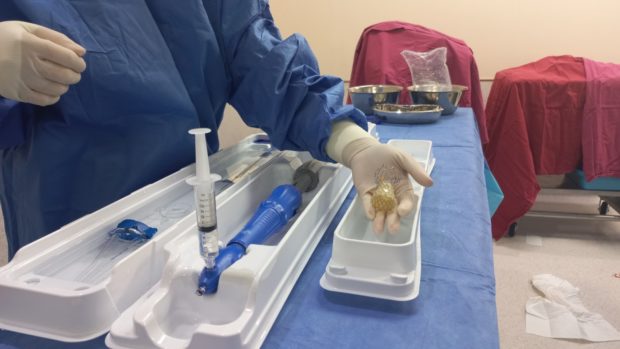 An SLMC doctor carefully prepares the man-made valve that will replace the patient’s diseased aortic valve.

“Since its first in-man implantation in 2002, there have been dramatic technological improvements of the TAVR procedure which have markedly decreased complications while optimizing procedural success and long-term outcomes. Twenty years after the first in-man implantation and over a million implants worldwide, multiple scientific studies have demonstrated equivalent or better results when compared to SAVR,” Dr. Posas stated.

“The treatment is no longer experimental nor solely for the older, extreme risk populations. It is approved by the Food and Drug Administration and has now become mainstream therapy for all patients with AS and all risk profiles except for the very young,” he added.

SLMC’s 200th patient to undergo TAVR is Tiongco Danilo, a 77-year-old man with a long history of coronary artery disease which required open heart and three vessel bypass, 10 years prior to the procedure. Besides his poor coronary health, the patient also suffered from comorbidities such as hypertension, diabetes and chronic obstructive pulmonary disease.

While he was relatively asymptomatic for years, the patient experienced severe shortness of breath and swelling of legs prior to his diagnosis of severe AS. He underwent a successful, fully percutaneous (no cuts, no general anesthesia) TAVR on April 22, 2022. 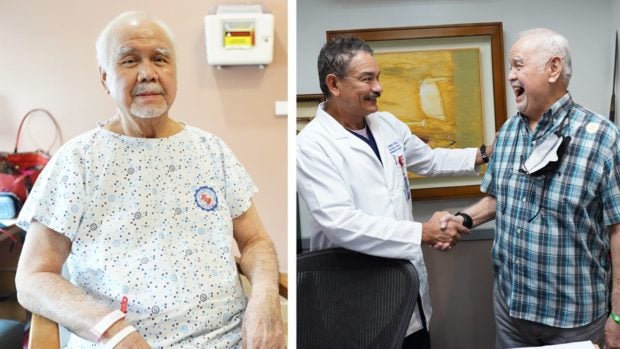 BEFORE (LEFT) AND AFTER (RIGHT): A month after the operation, the patient’s heart condition substantially improved upon evaluation of Dr. Posas.

His recovery has been largely uneventful. At 30 days follow up, his health, well-being and function have significantly improved. He feels like he has a new and enjoyable life and looks forward to traveling with his family and more golf. He is now able to perform activities like walking, playing with his grandchildren, climbing and joining his children for short trips, dinners and shopping trips.

According to Danilo, the procedure has changed his life. 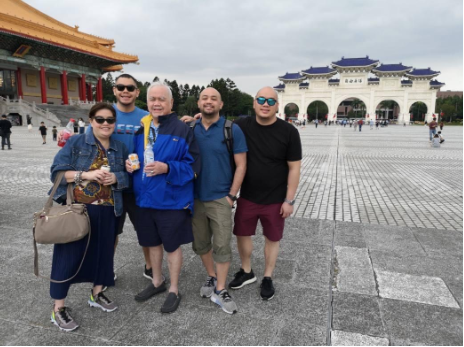 Danilo now enjoys traveling to different places with his family after his life-changing TAVR procedure.

World-class medical services for the Filipino 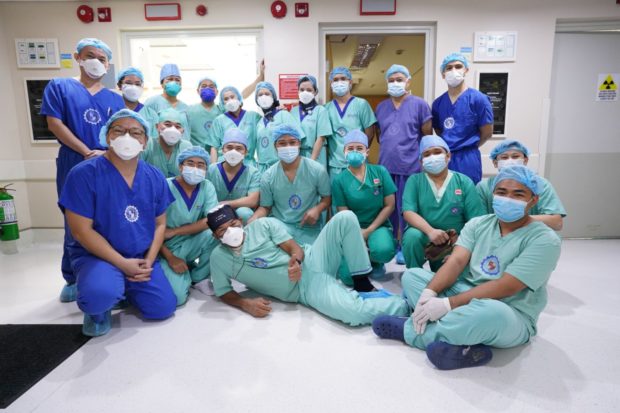 “I am a strong believer of the Filipino physician’s capabilities, but we need to be on the forefront of medical research and technology. My goal is that no Filipino dies or goes untreated because of the absence of optimal interventional services, and that no Filipino has to fly abroad to receive treatment.” Dr. Posas concluded.