Philips parts ways with CEO in midst of massive recall 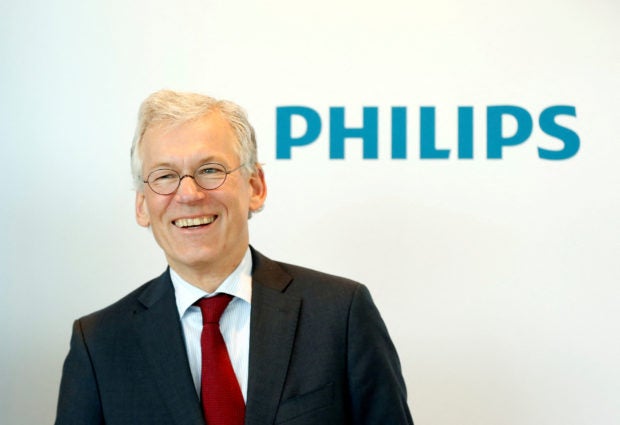 AMSTERDAM-Philips chief executive Frans van Houten will leave the company in October, the Dutch health technology firm said on Tuesday, after a key product recall cut its market value by more than half over the past year.

Philips said Van Houten would be replaced on Oct. 15 by Roy Jakobs, head of the company’s Connected Care businesses. Van Houten’s third term as CEO had been due to end in April.

Jakobs, 48, is currently overseeing the company’s recall of millions of ventilators and machines for the treatment of sleep apnea. That process has lopped almost $30 billion off Philips‘ value as investors fear large claims.

“The time is right for the change in leadership,” Philips said in a statement.

Philips shares were up 2 percent in afternoon trading, but are still down almost 60 percent since its warning in June 2021 that foam used for sound dampening might release toxic gases that could carry cancer risks.

When it started the recall in September last year, Philips said it expected to complete the replacement and repair of all affected machines within a year.

But after broadening the scope of the operation to around 5.5 million devices worldwide, Philips in June said the work was only around halfway done.

The U.S. Food and Drug Administration (FDA) in January classified the recall as Class 1, or the most serious type, posing a threat of injury or death.

The FDA said on Tuesday it had received 48,000 new Medical Device Reports containing complaints about potential injuries related to the Philips devices, including 44 deaths, between May 1 and July 31 this year.

The FDA said it would analyze the reports and examine the possible reasons for the increased number.

The complaints do not prove causality, but are an indicator of the severity of the problem.

Philips in June said it had supplied the FDA with evidence from independent tests on the recalled devices which showed foam degradation was mainly linked to the use of aggressive, unauthorized ozone-based cleaning products.

It has promised to run additional tests to determine the potential toxicity of degraded foam parts, even though the tests so far had shown that the parts did not leave the machine.

Philips estimated the costs of the recall at 900 million euros ($915 million). That sum does not cover the possible costs of litigation. The company is facing more than a hundred class action suits.

“If you have three recalls in 10 years, it’s too much. His (Van Houten’s) position had become untenable,” said analyst Jos Versteeg of InsingerGilissen. He was referring to a defibrillator recall in 2017 and problems with medical scanners in 2014.

“This situation is not really under control, I think, because we’re still waiting for the definite conclusion of the (safety) studies.”

Although the blow to Philips‘ reputation could have led it to pick an outsider for the top job, supervisory board chairman Feike Sijbesma said Jakobs was the right man to fix the company’s problems.

“He led the ramp up of production following the recall and knows very much about patient safety and product quality, so also from that perspective he is the right person,” he said.

During his almost 12 years at the helm, 62-year old Van Houten oversaw the disposal of Philips‘ lighting and consumer electronics divisions.