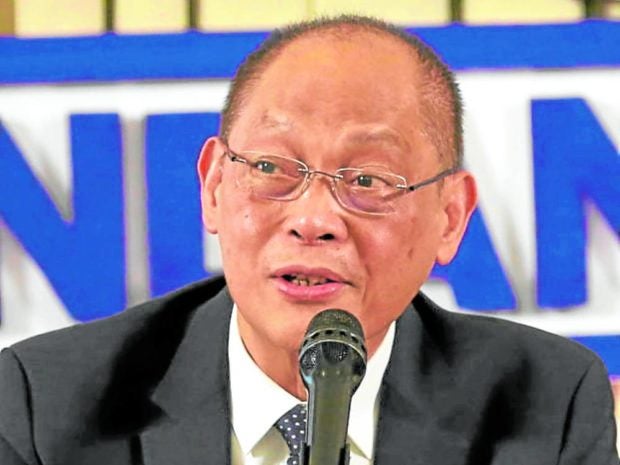 President Marcos’ chief economic manager on Tuesday pitched to senators a lineup of pending legislation forming part of the administration’s wish list to return the Philippine economy to a robust growth path.

Speaking before the Senate’s ways and means committee, Finance Secretary Benjamin Diokno said the Marcos administration’s legislative agenda included the two tax reform bills that did not pass during the Duterte administration, namely: the real property valuation and assessment reform bill; as well as the passive income and financial intermediary taxation bill. These bills would improve land valuation and capital markets taxation.

As for new or higher taxes in the pipeline, the Finance chief reiterated that measures would be limited to the levy of 12-percent value-added tax on digital goods and services; the proposed P20-per kilogram excise tax on single-use plastics; and the rationalization of the mining fiscal regime, in line with plans to grow the widely untapped mining industry during the Marcos administration.

Diokno said there would be no review of “sin” taxes slapped on cigarettes, e-cigarettes, vapes and alcoholic drinks, as they will focus on improving tax administration, mainly through digitalization, while taking advantage of the “improved” tax regime left behind by the Duterte administration.

To recall, Diokno had rejected most of the fiscal consolidation proposals—a combination of additional taxes and spending cuts—left behind by the previous administration, as President Marcos had been cold to imposing new tax measures while Filipinos recovered from the pandemic-induced harder times.

Finance Undersecretary Tiokno told senators that the Department of Finance (DOF) was also open to general tax amnesty, as long as it has safeguards.

While former president Rodrigo Duterte in 2019 signed Republic Act (RA) No. 11213, which paved the way for the delinquencies and estate tax amnesty programs, he had vetoed general tax amnesty pending the lifting of bank secrecy for tax purposes and automatic exchange of information.

Based on the latest Bureau of Internal Revenue (BIR) data presented by Internal Revenue Commissioner Lilia Guillermo, the tax amnesty program so far generated P14.5 billion in collections from 105,631 who availed themselves of the program.

Meanwhile, in a separate briefing with the Senate committee on local government also on Tuesday, Diokno pushed for the passage of bills that will institutionalize local government units’ (LGUs) income classification; put in place a mandatory LGU property insurance; as well as amend the Local Government Code of 1991 by “simplifying the rate structure of local business tax, revisiting the situs provision, assigning more revenue-productive taxes to LGUs, and providing a mechanism for administrative recourse in case of dispute related to LGU taxing power.”