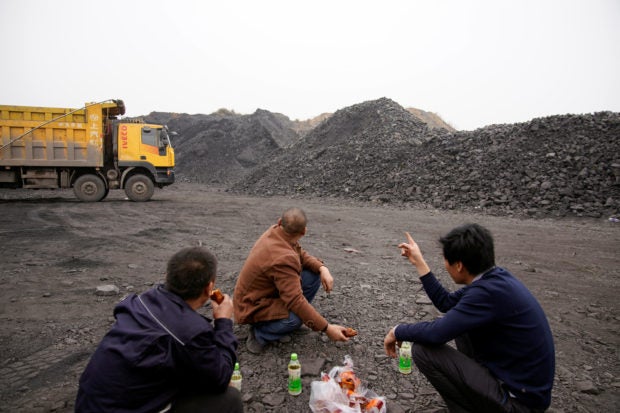 The country produced 372.66 million tons of coal last month, equivalent to 12.02 million tons per day, data from the National Bureau of Statistics (NBS) showed on Monday.

Over the January-July period, coal production was 12 percent higher than a year earlier at 2.56 billion tons.

The central government has held several meetings in recent weeks at which it reiterated its determination to avoid power rationing during the summer, when demand for air conditioning spikes. It asked coal miners to boost output and fulfill term-contracts with power utilities.

Average daily coal consumption in major coastal regions was above 2.3 million tons in early August, about 6 percent higher than the same period last year, according to data from Sxcoal.

Some regions, including cities in the manufacturing hubs of Zhejiang and Jiangsu, have carried out rolling blackouts at local factories to protect electricity supplies to residential users at times of peak demand.

Power demand has been subdued since March as stringent COVID-19 restrictions have curbed industrial activity.

However, analysts and market participants expect coal output could be curtailed by intensifying safety checks following a fatal mining accident in the major coal mining hub of Shanxi in early August.

Temperatures in northern China are forecast to fall in late August, which should reduce demand for coal for power generation.

Read Next
China unexpectedly cuts key rates as economic data disappoints
EDITORS' PICK
House energy committee chair Arroyo bats for cheap electricity
Pagasa: Warm, sunny Sunday in most parts of PH
vivo’s coming to town to grant wishes with more holiday promos
The Best Tech Gifts For The 2022 Holidays
Is it safe to talk politics again at family gatherings? ‘The Reconciliation Dinner’ shows us what that’s like
EDITORIAL: To a bike-friendly future
MOST READ
LOOK: Vhong Navarro transferred to BJMP detention facility in Taguig
The Elephant Man in the Senate
Posh village as ‘shabu’ haven
LOOK: Zanjoe Marudo bonds with Ria Atayde, her family
Don't miss out on the latest news and information.