Trade war with China could cost Germany six times as much as Brexit, study shows 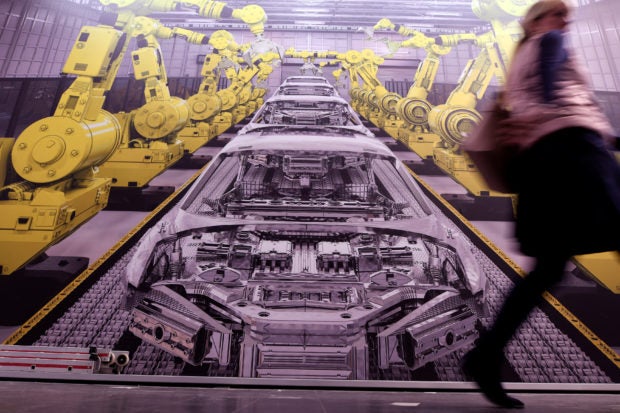 A woman passes a poster showing a production line with robots at the Hanover trade fair, in Hanover, Germany. REUTERS/Fabian Bimmer/File photo

BERLIN – Germany would face costs almost six times as high as Brexit if it and the European Union were to shut China out of their economies, the Ifo institute said on Monday, citing the results of a study.

The biggest losers of a trade war with China would be the automotive industry with a 8.47 percent loss of value-added, manufacturers of transport equipment with a 5.14 percent loss and mechanical engineering with a 4.34 percent loss, the Ifo said.

The authors of the study, commissioned by the VBW Industry Association, said companies should pivot toward other countries to reduce dependency on certain markets and authoritarian regimes.

The goal of German and EU economic policy should be “to establish strategic partnerships and free trade agreements with like-minded nations such as the U.S.,” co-author Florian Dorn said.

The analysis simulated five scenarios, including a decoupling of Western economies from China combined with a trade agreement between the EU and the United States.