As wheat prices soar, the world's consumers vote with their feet | Inquirer Business

As wheat prices soar, the world’s consumers vote with their feet 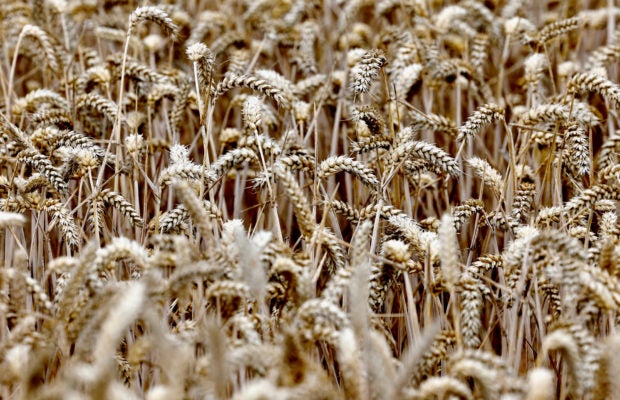 SINGAPORE/JAKARTA – Global wheat consumption is headed for its biggest annual decline in decades as record inflation forces consumers and companies to use less and replace the grain with cheaper alternatives, amid growing food insecurity.

Consumers may face even higher wheat prices in the second half of 2022 as importers, who until now have supplied cargoes bought several months earlier at cheaper prices, pass on the costs from when wheat prices scaled decade highs in May.

Global wheat consumption in July-December could drop by 5-8 percent from a year ago, analysts, traders and millers say, much faster than the U.S. Department of Agriculture’s forecast 1% contraction.

“There is going to be a drop in wheat demand for animal feed in Europe and China. Wheat demand for human consumption has also slowed in key importing countries around the world,” said Erin Collier, an economist at UN’s Food and Agriculture Organization.

“High prices have raised food security worries in parts of Asia and Africa where countries are not able to secure enough supplies from the international market.”

Wheat shipments from the Black Sea region are quoted at around $400-$410 a tonne, including cost and freight for delivery to the Middle East and Asia. Prices are down from a peak of about $500 a tonne reached a few months ago, but remain well above last year’s average of about $300.

“Wheat supplies are still super tight,” said Ole Houe at brokerage IKON Commodities in Sydney. “We are not sure how much wheat is going to come out of the Black Sea and there is adverse weather in other exporting countries.”

As rising costs strain household budgets, protests have erupted across the world with people taking to the streets from China and Malaysia to Italy, South Africa and Argentina.

In Indonesia, the world’s second-largest wheat buyer, consumption already fell in the first five months of 2022 and a bigger decline is expected as higher costs feed through the supply chain.

“I had to increase my selling price…but I fear that higher prices will discourage consumers,” she said.

As consumers cut purchases, bakers and noodle manufacturers are replacing wheat with rice.

“Wheat flour prices are almost at par with rice – automatically there will be shifting,” said Franciscus Welirang, chairman of the Indonesian Flour Millers Association.

While wheat prices have jumped, Vietnam’s 5 percent broken rice was quoted around $404 per ton, largely unchanged from late 2021.

Brazil, the biggest market for U.S. wheat, saw purchases decline more than 3 percent in January-June period, even though the country paid 20 percent more for the staple, data showed.

“In the northeast of Brazil, maybe consumers will replace wheat products with regional ones, like tapioca,” said Roberto Sandoli, senior risk manager at HedgePoint Global Markets.

“The drop in EU wheat consumption is mainly the consequence of very cheap corn,” said Helen Duflot, analyst with Strategie Grains. “Then of course, there is the economic issue.”

In Vietnam, one of the world’s fastest growing animal feed markets, rice is replacing wheat.

One purchasing manager at a mill in Ho Chi Minh City said they have been asked by the government to source alternatives amid supply chain disruption.

In response to changing feed use, the USDA in July cut its global wheat consumption forecast for the 2022/23 marketing year to 784.22 million, down 1.77 million tons from its June estimate and 6.29 million tons below the prior year.

Buyers in Africa and the Middle East have been impacted more than other consumers by Black Sea disruptions since Russia’s invasion of Ukraine, and have been forced to switch to higher-priced suppliers such as Germany and France.

There are hopes of a resumption in Black Sea supplies after Russia, Ukraine, Turkey and the UN signed a deal last week to unlock Ukrainian grain. The first grain ship to leave Ukraine safely anchored off Turkey on Tuesday.

“We are not hugely optimistic on Ukrainian wheat supplies,” said one trader in Singapore. “It is not in Russia’s interest to allow large volumes of grain exports from Ukraine with the ongoing war.”