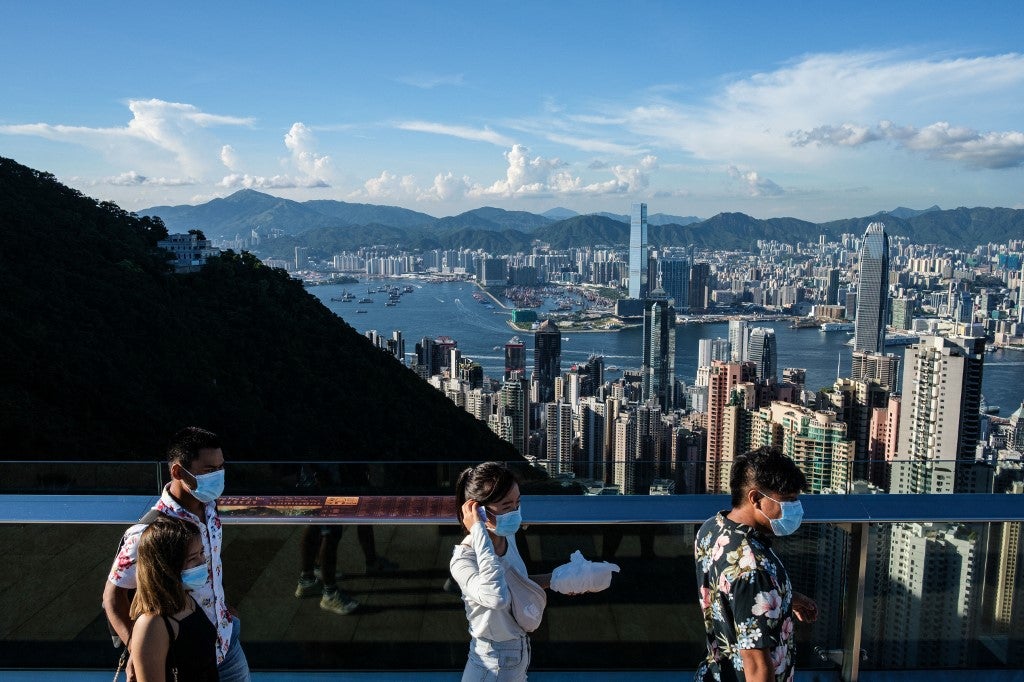 Following a year-on-year decrease of 3.9 percent in the first quarter of 2022, the city’s GDP again reported a decline in the second quarter on Monday – but with a narrower margin of 1.4 percent – according to advance estimates released by the Census and Statistics Department.

The downturn is reversing last year’s recovery when the economy enjoyed a 6.3 percent annual growth after the slowdown in 2019 and 2020, when the city was first upended by months of huge, sometimes violent pro-democracy protests, and then the pandemic.

The Hong Kong government said the economic improvement was smaller than expected due to weak performance in external trade.

Official statistics released last month showed the value of total exports of goods in the second quarter decreased by 4.2 percent compared with the preceding quarter.

For the first half of 2022, a visible trade deficit of $206.1 billion, equivalent to 8.2 percent of the value of imports of goods, was recorded.

Monetary policy tightening by major central banks around the world is expected to dampen global economic growth significantly while quarantine-free travel between Hong Kong and mainland China is yet to have a clear timetable under Beijing’s strict adherence to its zero covid policy.

The financial hub’s new leader John Lee said his government would soon announce further shortening of mandatory hotel quarantine for overseas arrivals, according to an interview with the Hong Kong Economic Journal published on Monday.

“Connecting with the world and with the mainland, we shall do both and they are not contradictory,” Lee told the newspaper.

“I understand that one of Hong Kong’s competitiveness lies in its international connections.”

In following China’s zero covid policy, Hong Kong has been largely cut off from the rest of the world for more than two years.

It still has some of the world’s strictest restrictions, including week-long quarantine for arrivals and a ban on group gatherings with more than four people.

Local media recently reported that the government was mulling resuming quarantine-free travel for overseas arrivals in November, when the city is hoping to resuscitate its international image with a finance summit and the Hong Kong Rugby Sevens.