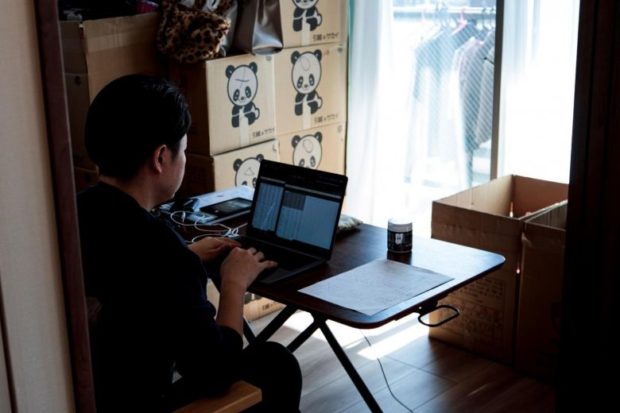 Most firms are resorting to flexible work schedules so that at least half the staff can stay working from home. File photo: AFP via The Straits Times/Asia News Network

NEW DELHI – Software professional Harish Kulkarni, when asked by his employer in a June survey whether he wanted to return to working in the office or work from home (WFH), chose the latter.

So did nearly all his colleagues at the Bangalore-based company, which is seeking to bring its employees back to the office at least twice a week.

“Some people have accepted two days (at the office), but everyone likes the WFH option,” said Kulkarni.

As India has eased Covid-19 restrictions and life returns to the pre-pandemic routine, information technology firms have found that employees are reluctant to return to the office full-time.

Three in four employees in the IT sector refuse to be in the office for even one day a week, according to a recent survey conducted by CIEL HR, an India-based staffing agency that surveyed 40 IT firms and 900,000 employees in May for The Economic Times.

The survey also found that 10 percent of new hires in the corporate sector are in permanent remote roles.

Recruiters said workers have become more used to WFH, and are unwilling to go back to long commutes.

No to commuting, traffic

“I don’t want to waste half my life commuting in the traffic jams of Bangalore,” said senior data analyst Krithika Sandhu, 32, who recently quit to take up another full-time remote role.

“The pandemic taught me the value of time. I want to be able to care for my elderly parents. I wanted to work full-time but also be more responsive to their needs,” she added.

Discussions on job sites and professional websites LinkedIn, Naukri.com and Glassdoor showed that many professionals who had moved back to their home towns or to remote locations, or set up functioning home offices, had a stronger preference for WFH.

Local media reported in May that 800 employees of edutech start-up WhiteHat Jr resigned over a period of two months after being asked to work in the office.

“Stern orders to return to office are proving counterproductive. Unlike two years ago, not having WFH is a deal-breaker today. It is not a perk but a new standard in hiring,” said a human resources manager from a large IT company, who declined to be named.

In a sector hamstrung by a talent shortage, companies are also fearful of pushing too hard and losing workers – which gives employees the upper hand in negotiating their terms.

The US$200 billion Indian software industry that grew by a decade high of 15.5 per cent in 2021 to 2022 is on a hiring spree, even as companies take measures to prevent attrition, which reached record levels early this year.

Across sectors, most of the resignations are by employees in the much sought-after services of big data, blockchain, cloud computing, cyber security, blockchain and artificial intelligence, said Ms Rituparna Chakraborty, co-founder of Bangalore-based human resources company Teamlease Services.

“As many more companies have fast-tracked technological investments after the pandemic, demand exceeds supply of IT skill sets. So, the IT sector is offering hikes and increments, as well as giving people (the option of) WFH to keep them from leaving for other jobs,” she added.

A November 2021 survey by trade association Nasscom and job portal Indeed found that around 70 per cent of IT companies in India were opting for a hybrid work model.

Tata Consultancy Services, India’s largest tech employer, said 20 percent of its 600,000 employees were back in the workplace as at mid-July. Tata chief executive Rajesh Gopinathan said the company would push the return to office to at least 80 percent, before it moves to a hybrid model.

From April, tech company Cognizant allowed employees to return to office voluntarily, and will transition to a hybrid model in phases.

Infosys is encouraging employees to return to its offices in a phased manner, beginning with two days a week.

At Wipro, “fully vaccinated employees have been voluntarily returning to work from our India campuses thrice a week” since April 4, a spokesman told The Straits Times.

HCL Technologies said that half of its employees have been identified for permanent WFH.

Some firms have folded WFH into their sustainability goals.

“Reducing emissions in our operations, including business travel, is a part of this commitment,” he said.