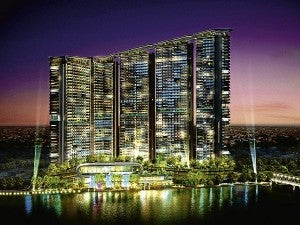 Finding your own Eden in the thickly populated and heavily congested Manila is like finding a needle in a haystack.

Given the shrinking urban space in Metro Manila, the obvious alternative is to go for vertical developments like condominiums and high-rise apartments, which, for some, is almost tantamount to saying goodbye to nature and hello concrete jungle.

Earlier this year, Century Properties launched what it dubbed as the Philippines’ first residential eden, the Acqua Private Residences, which is a six-tower development located on a 2.4-hectare prime property in Mandaluyong City.

It then launched its first two towers, the Niagara and Sutherland, giving prospective buyers an urban address set against a backdrop of a tropical rainforest along with a peaceful sight and soothing sound of cascading waterfalls, abundant greenery and invigorating lagoon pools. 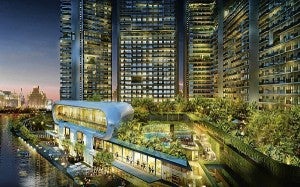 ACQUA buildings’ façades are designed to replicate a pixilated water stream cascading into the entire property.

Fast forward to the last quarter of the year, Century Properties has since enjoyed “brisk sales” as it unveiled its third tower, the Dettifoss.

Named after Iceland’s most majestic waterfall, Dettifoss is one of Europe’s most visually arresting bodies of water and provides an essential part of Acqua’s six towers that are all named after the most prominent waterfalls in the world.

“The response we received from our clients about Acqua has been overwhelming. We are seeing a trend of younger homeowners who appreciate good location, an experience of both nature and urban conveniences, and the unique country club by the water amenities that Acqua offers,” said project head and company managing director Marco Antonio. 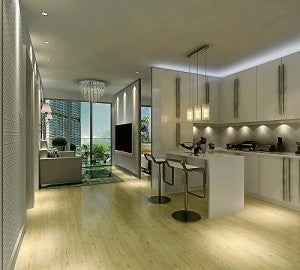 UNIT sizes at Acqua range from 26 to 140 square meters.

Situated in Mandaluyong right across Rockwell in Makati, the Acqua Private Residences is highly accessible via the newly opened Estrella-Pantaleon Bridge. The Acqua water shuttle will also be of exclusive service to homeowners and their guests, and take them to and from the Makati side of the river.

True to its name, Acqua features landscaping abundant with greenery with nature-inspired amenities such as a lagoon pool, walking trails to various parts of the development with rock formations, soaring treetop canopy and koi ponds.

“The idea behind this is to provide homeowners a true urban escape away from the city’s hectic grind,” Antonio added.

Each of the Acqua buildings’ façades are designed to replicate a pixilated water stream cascading into the entire property, with rooftop parks and pocket gardens adorning various levels of the towers.

“We want residents to experience an adventure every day at Acqua. We offer not just the promise of a peaceful and reinvigorating respite but a place for fun, relaxation, wellness and exploration,” he further said.

Country club by the water 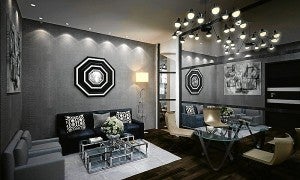 RESIDENTS may choose from a bare unit or a fully furnished unit with two interior design themes.

Further complementing the Acqua concept is The Pebble, a four-story “Country Club by the Water” situated front and center of the entire property.

The Pebble is a 3,000-square meter sports, health, wellness and recreational facility that will include a lounge area and juice bar, a full-sized fitness center with multiple studios for dance, yoga, Pilates, cycling and boxing, a court for basketball and tennis, a climbing wall, a 25-meter lap pool and a lagoon pool.

Located right below The Pebble is the Riverwalk Promenade, which spans the entire length of the development. Inspired by Singapore’s Clarke Quay area, this boardwalk will feature an array of upscale restaurants, bars and cafés.

At the Dettifoss, interested buyers may choose from one-, two- and three-bedroom units plus a special collection of prime units called Acqua Privé, which offers units with their own private garden space.

Unit sizes range from 26 to 140 square meters with an average price of P108,000 per sq m—almost half the price lower than upscale projects in the area. Residents may choose from a bare unit or a fully furnished unit with two interior design themes.

“We consistently strive to create holistic and truly enriching experience for residents not just at Acqua but for all our projects. With Dettifoss, we are getting closer to the full realization of Acqua as your tropical rainforest-inspired sanctuary in the city,” Antonio concluded.