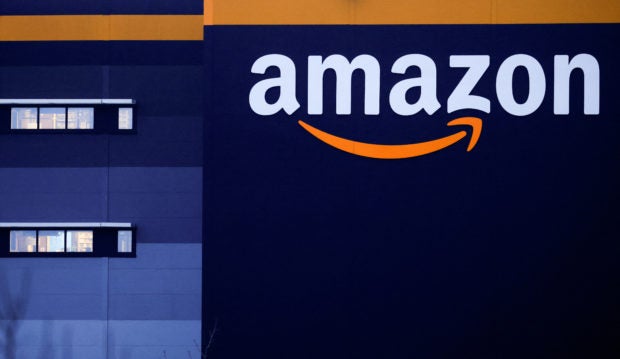 The logo of Amazon is seen at the company’s logistics center in Bretigny-sur-Orge, near Paris, France. File photo/ REUTERS/Gonzalo Fuentes

Amazon.com Inc on Thursday said it expects a jump in third-quarter revenue, as the retailer collects bigger fees from Prime loyalty subscriptions and as consumer demand remained high in spite of rising inflation.

Shares of the world’s largest online retailer rose 13 percent in trading after the bell, extending its market valuation by more than $150 billion.

Amazon, like much of the retail industry, is facing a reckoning. Major rival Walmart Inc this week said it would make much less this year than it once expected. U.S. consumer confidence has tumbled to a recent low, and some are sticking to lower-priced essentials to manage economic woes.

That has not stopped Amazon. The online retailer projected net sales between $125 billion and $130 billion for the summer period, while analysts were expecting only $126.42 billion, according to IBES data from Refinitiv.

In a press release, Chief Executive Andy Jassy said the company is “seeing revenue accelerate as we continue to make Prime even better for members, both investing in faster shipping speeds, and adding unique benefits such as free delivery from Grubhub for a year.”

In a positive sign for its operation, Amazon had more goods in stock than it did before the COVID-19 pandemic began in early 2020, Chief Financial Officer Brian Olsavsky told reporters on a conference call.

Amazon about doubled how many items it could deliver just a day after purchase, making progress on a long-term commitment, according to press releases. Its July marketing event Prime Day was the biggest ever by unit sales.

“It looks like Amazon is finally primed to turn the corner after a rocky couple of quarters,” Insider Intelligence analyst Andrew Lipsman said.

Asked about Walmart and changes in consumer buying patterns, CFO Olsavsky said, “We did not notice a step down in June.”

Still, sales growth has slowed year-over-year in some of the retailer’s business segments. In North America, the company’s largest market, net sales climbed 10 percent in the just-ended second quarter, compared with a 22 percent gain in the same period a year ago. Its international unit saw an outright decline of 12 percent

A changing of the guard has heralded the departures of Consumer CEO Dave Clark and corporate affairs head Jay Carney, as well as two of the company’s most senior Black executives. A period of record profit gave way in the first quarter of 2022 to Amazon‘s first quarterly loss in seven years.

Ultimately, Amazon lost $2 billion in the second quarter, including a pre-tax valuation loss of $3.9 billion from its investment in Rivian Automotive Inc. But the company beat expectations in posting operating income of $3.3 billion, thanks entirely to its profitable cloud-computing division. Analysts on average had estimated $1.8 billion, according to research firm FactSet.

The company’s extra costs from inflation, productivity and other items were $4 billion, in line with Amazon‘s expectations and about $2 billion less than it faced at the year’s outset, Olsavsky said.

After racing to match demand during the height of the pandemic, doubling its fulfillment network in just two years, the company has started slowing warehouse openings to rein in costs. It has paused a major office space expansion in Bellevue, Washington, and it has not filled roles that became vacant in some facilities, lowering its full and part-time headcount from the March quarter.

It has raised some prices, too. After increasing U.S. fees for its fast-shipping club Prime, Olsavsky said subscription retention was as good or better than the company expected.

Cloud-computing division Amazon Web Services beat estimates, too. The unit posted revenue of $19.7 billion, ahead of the more than $19.5 billion analysts had estimated Amazon would collect for the second quarter.

Asked about a potential slowdown, Olsavsky said on an analyst call that a downturn in 2008 resulted in companies choosing to use Amazon‘s cloud services rather than build their own data centers, giving AWS a boost. Rival Microsoft Corp likewise said earlier this week that its fiscal-year revenue would jump on demand for its cloud services.

Adjusting for items, Amazon reported earnings per share of 18 cents, above the consensus for a per share profit of 13 cents, according to IBES data from Refinitiv.