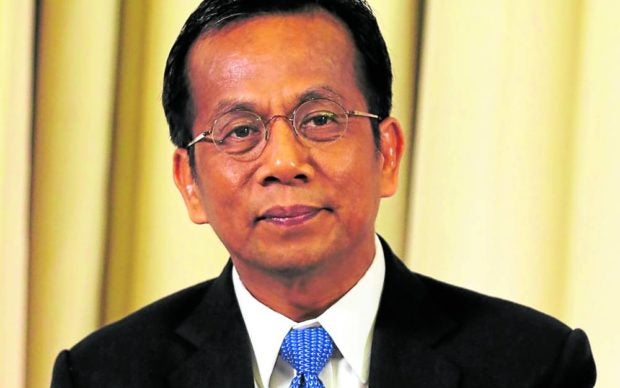 The Marcos administration will review the latest guidelines, issued by its predecessor, for the amended Build-Operate-Transfer (BOT) Law to allay private sector concerns on its “antimarket” provisions.

In an interview on Tuesday, Socioeconomic Planning Secretary Arsenio Balisacan said the revised implementing rules and regulations (IRR) issued by the Duterte administration for Republic Act No. 7718 on April was “even more problematic.”

Former Neda chief Karl Kendrick Chua had said the amended BOT Law’s revised guidelines would protect Filipinos from contingent liabilities arising from PPP projects’ “high” return on investment, which private firms charge and the government shoulders, and ultimately paid for by consumers who use these infrastructure.

But as Marcos administration eyes a shift to more PPP projects funded by tycoons’ deep pockets given the tighter fiscal space wrought by the prolonged COVID-19 pandemic, Balisacan was pushing to revisit not only the amended BOT Law’s IRR, but also the law itself.

For Balisacan, reviewing the revised guidelines would be a low-hanging fruit to revitalize private-sector interest in PPPs while awaiting the law’s amendment, which could take some time. For the long-haul, Balisacan wants an improved BOT Law for PPPs, but he declined to discuss specific provisions that the current administration wants to amend.

In his first State of the Nation Address on Monday, President Marcos included the amendments to the BOT Law among the priority legislation pushed by his administration to Congress, “to address the ambiguities in the existing law; address the bottlenecks and challenges affecting the implementation of the PPP program; and foster a more competitive and enabling environment for PPPs.”

This year, the national government, local governments, and state-run corporations will spend a total of P1.19 trillion on infrastructure, equivalent to 5.5 percent of gross domestic product (GDP).

In 2028 or the year Marcos ends his term, public infrastructure spending will hit a record P2.38 trillion, or a record 6.3 percent of GDP.