Peso to come under renewed pressure as another Fed hike looms

US central bank poised for another aggressive move this week
By: Ronnel W. Domingo - @inquirerdotnet
Philippine Daily Inquirer / 02:14 AM July 25, 2022 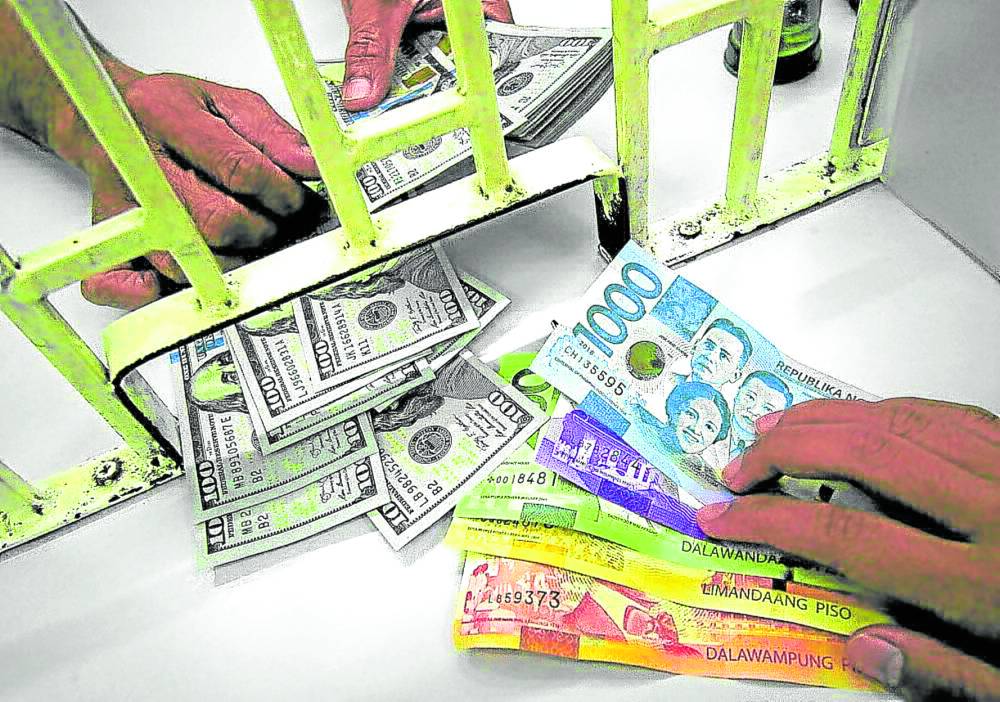 FX RATE The local currency has lost 10.4 percent of its value against the greenback since the start of 2022. —INQUIRER FILE PHOTO

The Philippine peso might come under pressure to depreciate soon as the United States Federal Reserve is widely expected to raise interest rates aggressively again this week, after having traded relatively stably against the US dollar the past week.

The local currency has lost 10.4 percent of its value against the greenback since the start of this year when it was trading at 51:$1. In June alone, the peso lost 5 percent to the dollar.

With inflation in the US shooting up further away from the American government’s target of 2 percent—hitting 9.1 percent in June—analysts believe that the US Fed will again raise the US federal funds rate by 0.75 percentage point at their July 27 meeting, just as they did in the previous meeting.

“Nonetheless, we think this will be the last 75-basis point (bp) hike and forecast 50-bp hikes in September and November, with a final 25-bp move in December,” ING Bank said in a commentary.

The predicted US Fed move this week will cancel out the BSP’s surprise, off-cycle move on July 14, which brought the local key policy rate to 3.25 percent from 2.5 percent.

Also, the expected move by the Americans will again narrow the spread between US and Philippine rates to as little as 0.5 percent, which analysts partly blamed for the peso’s volatility in the past six weeks.

According to the United Kingdom-based Oxford Economics, the Philippine peso had been the worst performing Asean currency, depreciating by 6.2 percent against a very strong US dollar from June 10 when the peso slid down to 53:$1, to July 14 when the BSP turned hawkish.

“Amongst Asean economies, the Philippines is the most vulnerable to a weaker currency given it is the largest importer of food and energy and these goods account for around 44 percent of the consumer expenditure basket,” Oxford Economics said.

“There was never an instance wherein the local policy rate is lower than the US fed funds rate, at least over the past 20 years or even before that,” Ricafort said.