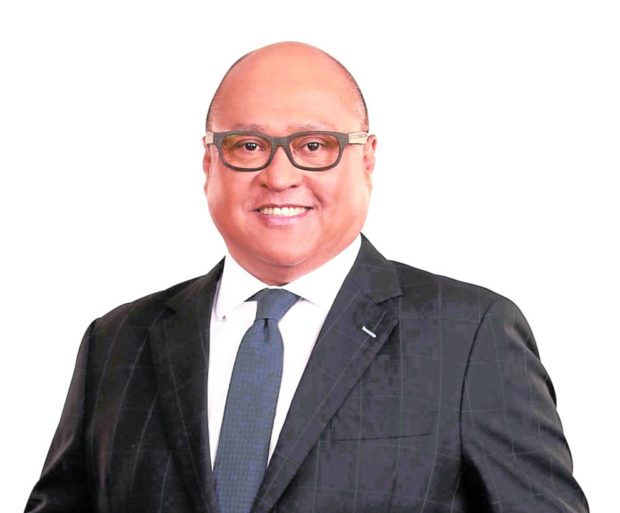 The new chief of the Government Service Insurance System (GSIS) on Thursday committed to strengthen the state-run pension fund for public-sector workers.

“After three decades of working in banks, it’s now time for me to use what I have learned in international finance and banking to contribute to nation-building. I now carry the responsibility of making sure that the retirement benefits of government employees are well-managed,” GSIS president and general manager Arnulfo “Wick” Veloso said in a statement.

During a special board meeting on Thursday, Veloso was elected president and general manager by the GSIS board of trustees chaired by retired Supreme Court chief justice Lucas Bersamin. Veloso took over the reins from former GSIS chief Rolando Macasaet.

As the head of the country’s largest pension fund, public or private, the veteran banker will be in charge of growing and safeguarding P1.54 trillion in assets of some 1.5 million government employees and pensioners.

State-run corporations needed their boards to elect yearly among its ranks the highest-ranking officer, or in the GSIS’s case, its president and general managers.

Prior to his GSIS stint, Veloso was president and chief executive at Lucio Tan-led Philippine National Bank, where he turned the bank’s finances around, hence adjudged “Best CEO” by the publication Asian Banker.

Veloso was also HSBC Philippines’ first Filipino chief executive in 2012, and was president of the industry group Bankers Association of the Philippines (BAP) up to March of this year.

“At the BAP, he helped frame rules and regulations together with the Bangko Sentral ng Pilipinas as well as legislators from the Senate and Congress with the view of helping enhance the efficiency and the effectiveness of banks and banking services—and their contribution to the overall economy,” the GSIS said.

A veteran banker, Veloso also held various leadership roles at PCI Bank, PCI Capital, as well as Citibank in the 1990s after he graduated with a bachelor’s degree in commerce, major in marketing management, from De La Salle University in 1986.