Winners and losers of the ECB's rate hike | Inquirer Business

Winners and losers of the ECB’s rate hike 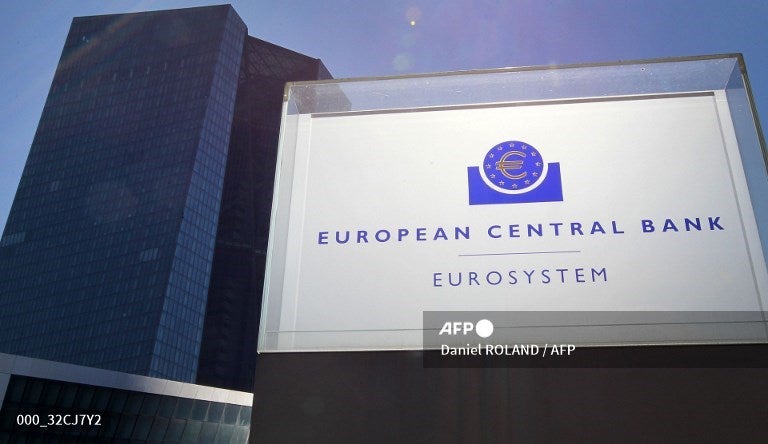 The European Central Bank is set to turn the page on years of easy money on Thursday when it begins to hike its interest rates to tame runaway inflation.

Here’s a look at who wins and who loses when borrowing costs go up.

Commercial banks borrow money from the ECB that they in turn lend to households and businesses. For years borrowers have been able to take advantage of ultra-low interest rates designed to boost economic growth.

When the ECB starts hiking rates, banks will pass those higher borrowing costs on to customers. Everything from buying a house to refinancing debt or getting a company loan will become more expensive.

Lenders will also be taking a closer look at loan applications to make sure they are not taking on too many risks.

The impact is already being felt in the property market, where interest rates on mortgages have been creeping up in recent months.

But the outlook for future homeowners is not all bad, says Andreas Lipkow, an analyst at Comdirect.

“The costs of real estate financing are only partly dependent on the ECB’s key interest rates and are also determined by supply and demand or the creditworthiness of the borrower,” he tells AFP.

A boost for savers

The ECB’s era of historically low interest rates has meant that savers saw little to no gain from squirrelling away cash.

The ECB has even charged banks a 0.5 percent fee for storing excess cash at the central bank, to incentivize lending.

Many retail banks passed those costs on to wealthy account holders whose deposits surpassed a certain amount. Those customers can look forward to seeing that charge scrapped when the ECB ditches its negative bank deposit rate.

As banks welcome the return of higher profit margins, thanks to more l lending income, interest rates on savings products should eventually go up too.

But sky-high inflation means savings will still be eroded in real terms for a while to come, warns Elmar Voelker, an analyst at LBBW bank.

“The rise in key interest rates (and savings rates) won’t be large enough to compensate for the current high inflation rates,” he says.

Eurozone governments too will have to wean themselves off a decade of easy money as sovereign debt becomes more expensive, and the fallout for some of the currency club’s more indebted members is already causing concern.

The ECB has promised to come up with a crisis tool to prevent an unwarranted “fragmentation” in the bond markets, or a sharp divergence in borrowing costs between eurozone countries.

All eyes are on debt-saddled Italy, whose bond yields have already shot up against benchmark German bunds.

The ECB’s tightening, while deemed necessary to tame inflation, comes at a delicate time for governments that are seeing their borrowing power reduced just as they are spending vast sums to help citizens cope with surging energy prices.

Stock markets have long benefited from the ECB’s ultra-loose monetary policy, which pushed investors towards riskier assets in the search for higher returns.

But as the ECB joins other major central banks in stepping up the fight against inflation and with recession fears mounting, global markets are plunging.

The tech-heavy Nasdaq in New York has fallen by 30 percent since late 2021 as tech companies starved for cash have a harder time attracting new funding.

Cryptocurrencies have also fallen from grace as investors grow more risk-averse, with Bitcoin losing more than 40 percent of its value in June alone.

But since the ECB has telegraphed its quarter-point rate hike well in advance, financial players “have had a long time to prepare, which should prevent major turbulence” on the stock markets, Voelker says.