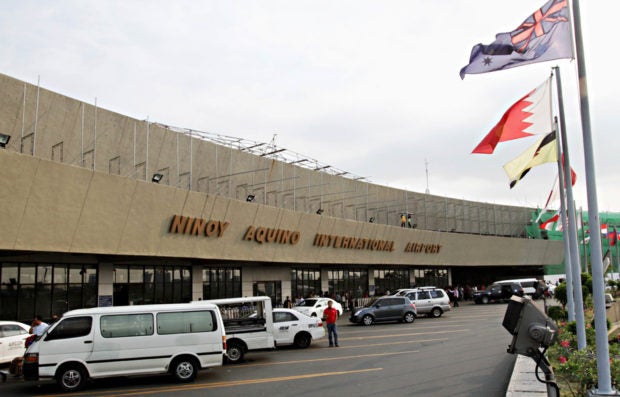 Fresh offers to modernize the aging crown jewel of Philippine airports remain on hold due to the absence of a clear Public-Private Partnership (PPP) policy thus far. But Transportation Secretary Jaime Bautista hinted at the possibility of opening up Naia to proposals from private companies seeking long-term contracts to help it achieve elusive world-class status.

“They should initiate [a NAIA proposal] if they are interested,” he told the Inquirer last week.

The Transportation chief said he would not revive the program himself, explaining “I’m not part of the private sector now.”

Bautista was the former longtime president of taipan Lucio Tan’s Philippine Airlines (PAL). He was once a strong advocate for the expansion of NAIA, pitching a P20-billion plan in 2017 to add capacity to Terminal 2 used by PAL.

This was a year after the P74-billion NAIA redevelopment PPP was scrapped by the Duterte administration, which shunned most private sector funding for big-ticket infrastructure projects.

PAL’s proposal was set aside after Tan joined a group of conglomerates to form the NAIA “super consortium.”

There was also Megawide Construction Corp. and India’s GMR Infrastructure, the tandem behind the successful expansion of the Mactan Cebu International Airport.

While those proposals fell through during Duterte’s term, their proponents are still keen on raising standards at NAIA, which was recently ranked by luggage app Bounce as the worst airport for business class travelers among 38 global air gateways.

Cosette Canilao, CEO and president of Aboitiz InfraCapital, said they plan to revive the super consortium once a NAIA PPP policy becomes clear.

“We are interested to participate in the NAIA project,” Canilao told the Inquirer. In news reports on April, Megawide indicated it was open to participating in NAIA privatization efforts.

President Ferdinand Marcos Jr. will be advised by a private sector council to be organized and convened by Aboitiz Equity Ventures CEO Sabin Aboitiz.

Naia’s future remains in doubt given land expansion constraints at its present location in Metro Manila.

San Miguel Corp. president Ramon Ang previously said the airport was better off being closed and redeveloped into a mixed-use property complex after his P740-billion airport city in Bulacan province, northwest of Manila, is completed.

Meanwhile, the past government’s “multi-airport” policy led to proposals such as Bulacan Airport and the Sangley International Airport in Cavite, which is located southwest of Metro Manila. The Clark International Airport, located about 100 kilometers north of the capital, was also expanded while its operations were privatized in 2019.

Independent aviation analyst Brendan Sobie said it was important for the new administration to implement a “clear and coherent airport strategy and development plan.”

“There are multiple possible projects in the Manila area (NAIA, Bulacan, Sangley, Clark), and pursuing any of these in isolation is not sensible,” Sobie, the founder of Sobie Aviation, told the Inquirer in an email.

He added there was a pressing need to add flights serving Manila due to strong demand that would “soon again be above capacity with massive growth potential in the post-pandemic era.”

“Once there is a clear strategy and plan for the Manila area, it will also become easier to plan for the rest of the country, where there is also still a need for airport infrastructure development and interest from investors although the need and interest levels are obviously higher in Manila,” Sobie said.

Megawide not giving up on Naia vision just yet