How to master the billionaire habit of getting up early 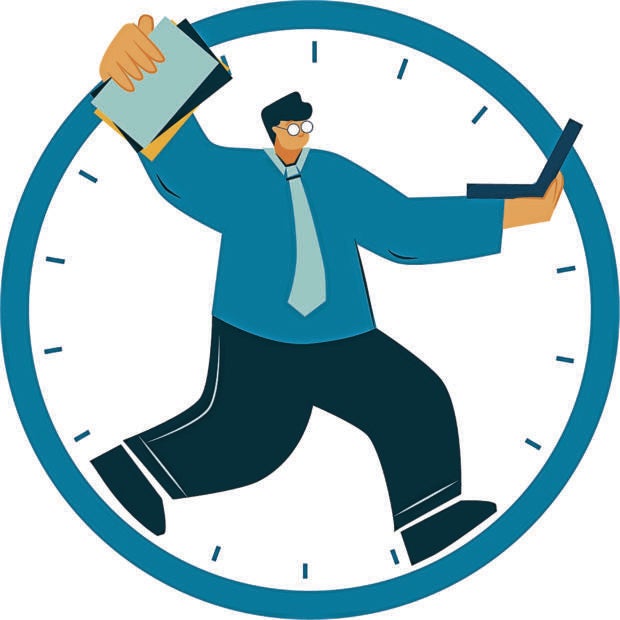 Anybody can become an early riser and beat the competition. You will not only get more done in less time, but you will also have more time to do your best work, be more balanced, and have more energy.

If you don’t master this habit, then you will work many more hours but accomplish much less and feel much more exhausted.

It is no secret that the world’s wealthiest people and most successful entrepreneurs, many of whom I have had the pleasure of interacting with or advising, do things differently. They also wake up very early.

In my work with famous entrepreneurs, Fortune 500 CEOs and billionaires, I have seen that getting up early has so many benefits that it is no wonder that most of the world’s most successful business leaders get up much earlier than the rest of the world.

Self-made billionaire and Virgin Group founder Richard Branson gets up at 5:45 a.m. to work out before starting his day. Cofounder and former CEO of Twitter, and CEO of Square, Jack Dorsey gets up at 5:30 in the morning to meditate and jog 6 miles. Billionaire Jeff Bezos of Amazon gets up at 5 a.m.

Tim Cook, the CEO of Apple, wakes up at 3:45 a.m.; Bob Iger, the CEO of Disney, at 4:30 a.m. Indra Nooyi, former CEO of PepsiCo, has consistently ranked among the world’s 100 most powerful women. She gets up at 5 a.m; billionaire and CEO of Starbucks Howard Schultz, at 4 a.m.

Philosophers throughout the ages have recommended the habit of rising early as a secret productivity tool.

Aristotle said, “It is well to be up before daybreak, for such habits contribute to health, wealth and wisdom.” Benjamin Franklin is quoted to have said: “Early to bed and early to rise makes a man healthy, wealthy and wise.”

In Germany, where I was born, there are a lot of sayings emphasizing the importance of rising early to create a successful life. “The early morning has gold in its mouth,” for example, is a translation of the German proverb “Morgenstund hat Gold im Mund.” Another saying goes: “Der frühe Vogel fängt den Wurm,” which means “The early bird catches the worm.”

The long list of benefits of becoming an early riser

Most early risers get more done, are more balanced, and feel less exhausted than the ones who get up later. One of the reasons is obvious: if you wake up before the rest of the world, there are minimal to no interruptions and you can focus solely on your most important tasks for the day. Which should these be? The ones that make the biggest difference and for which you need your undivided attention.

There is another reason why this works: deep work. This is the state where you do your best work and can achieve your biggest breakthroughs. Deep work delivers real value. Not the work-for-work’s-sake business that defines most people’s lives. You will have long stretches of discretionary, uninterrupted time.

Peter Drucker, the famous management guru of the last century who has been called “the founder of modern management,” called these long stretches the foundation for any valuable contribution that an executive can make.

The opposite of ‘much drain, no gain’

I remember the exhausted and drained look on the face of the president and owner of a large family business and market leader when my team and I started to work with him and his C suite to make his business future-proof. His days were rotten: filled with endless, pointless meetings with no real thinking time for himself except for when he was on the golf course.

As a business owner or business leader, you need alone time to do your best work—long stretches of discretionary time, uninterrupted. That is how you get real work done. You are not a factory worker repeating mindless tasks hour after hour. You are the leader. Walk the talk and structure your days accordingly.

Becoming an early riser will empower you to do just that. Imagine the motivational kick you get out of ticking off your biggest task of the day before everyone else gets started. It is an immensely uplifting motivational push that empowers you to sail through the rest of the day with much more ease and energy.

The call from Google

Last week, I got a call from the Google headquarters in Silicon Valley. It was a good friend of mine who has been one of the top executives at Google for the last 13 years. “How did you become an early riser, Tom?” he wanted to know. “I have been trying to do it, “ he continued, “but I just can’t seem to get it done. I work till late at night, try to squeeze as much as possible into my day, and feel exhausted when I go to bed.”

“Then I set my alarm clock for early in the morning but then hit the snooze button because I just don’t have the energy to get up so early. But I want to master getting up as early as possible because then, I can get my most valuable work done without having any of the interruptions that set in as the morning progresses.”

I will share the secrets with you that I shared with my friend so you, too, can become an early riser and maximize your day, productivity, well-being and balance.

Step No. 1: It is the evening alarm that counts, not the morning alarm.

It is not the morning alarm that is key; it is the evening alarm. What does that mean?

You need to focus on cutting your day at the right time so that you can wake up naturally the next morning. If I cut at the right time, which is about 10 p.m. for me, I naturally wake up at around 3:45 a.m. most days, even without an alarm clock.

However, if you make the mistake of pushing your bedtime out too much, of course, you will not wake up refreshed in the morning. You must experiment with different deadlines at night to find the one that works best for you. But the key is to focus on your evening alarm—not the morning alarm. As soon as that evening alarm goes off, hit the pillow!

I have said this many times before but it bears repeating: all successful high achievers in whatever area, profession or industry have their personalized routines for many different areas of their lives where their performance counts. And the evening routine is one of them.

This need not be complicated. I suggest for a start that you google the evening routines of other high achievers and use them as inspiration to create your own. The whole point of this routine is to empower you to put the day to rest and prime yourself for the next day. No need to spend an hour on this evening routine; 20 to 30 minutes will work just fine.

If you take a power nap during the day, the total sleep time you will need will be less compared with what you would need without a nap. For example, let’s say you usually sleep eight hours a day. Then, once you add a one-hour nap, you may only need six hours at night.

Bang! You just cut your total sleep time by one hour. And you can get up even earlier if you keep your bedtime the same.

See you in the morning! INQ

Tom Oliver, a “global management guru” (Bloomberg), is the chair of The Tom Oliver Group, the trusted advisor and counselor to many of the world’s most influential family businesses, medium-sized enterprises, market leaders and global conglomerates.

For more information and inquiries: TomOliverGroup.com or email [email protected]