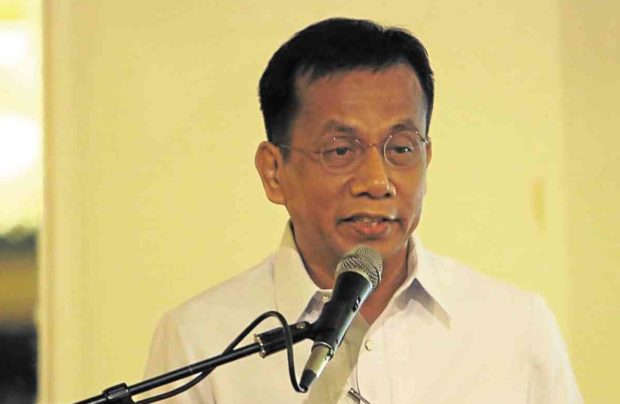 “We need so much resources to build our educational system, our health system, our infrastructure, our training for workers so that we can address mismatch in the labor market — where do you get that, if you’re giving away those potential revenues to entities that are saying ‘that’s not our main concern but if you give it to us that’s OK because it will improve our profitability,'” said Balisacan, who heads the state planning agency National Economic and Development Authority (Neda).

Balisacan said that during his first stint as Neda chief during the Benigno S. Aquino III administration, he found out that the grant of tax and other incentives was not among the top reasons why foreign investors preferred, or not, to set up shop in the Philippines.

The ease of doing business and paying taxes, the then-high corporate tax rates, high power costs, logistics bottlenecks, the lack of infrastructure, and corruption had been deterring the entry of more foreign investors in the country, Balisacan said.

In his speech during the turnover ceremonies with his predecessor Karl Kendrick Chua, Balisacan said: “We recognize the importance of keeping the business community informed to make optimal investment decisions. It is a fact that uncertainty raises the cost of doing business. Hence, we aim to keep stakeholders well informed of proposed changes to the rules that govern them. Such engagement would entail constant coordination and consultation with the affected parties to ensure that the proposed changes genuinely address their concerns.”

For Balisacan, Marcos Jr.’s veto did not result in uncertainty due to flip-flopping policy, which businesses and investors do not like.

“We already sent the signals that we want a more transparent incentives system when we passed the CREATE Law and the Fiscal Incentives Review Board (FIRB) that comes with that law,” Balisacan said, referring to the Corporate Recovery and Tax Incentives for Enterprises (CREATE) Act. The FIRB “says that all incentives have to pass through filters; that they are sustainable, cost-efficient, [and] that they achieve their intended purpose.”

The CREATE Law signed by former President Rodrigo Duterte last year empowered the President, upon the FIRB’s recommendation, to give away hefty tax breaks to entice elephant-sized investments. CREATE also rationalized the previously wide array of fiscal perks being offered by investment promotion agencies (IPAs), which costs the government billions of pesos in foregone revenues.

“By saying that we vetoed this because it does not seem consistent with the direction that has already been set, that’s continuity; that’s not uncertainty,” Balisacan said. “I think you create more uncertainty if you have passed that law, you’re implementing it, and then you’re doing something else to undermine it; that is what the business community are so concerned about.”

Balisacan said Marcos Jr. wants to engage the private sector, especially in infrastructure development, given the government’s tighter fiscal space wrought by repayments for ballooning debts incurred amid the prolonged fight against COVID-19.

For Balisacan, “we need to continue the infrastructure program because we do note that we’re so lagging behind our neighbors, but we have to be open-minded about where to source funding for these projects, and we need to look at all the possible sources… [and] which of those sources are the most efficient insofar as the cost of capital is concerned.”

He noted that Marcos Jr. during his inauguration speech signaled continuing infrastructure projects that were already being implemented. “Of course, we’ll have to expand the pipeline, too, to make sure that the private sector can also see a much-bigger menu.”

The Neda chief said the current administration will review the previous administration’s pipeline of infrastructure flagship projects under the ambitious “Build, Build, Build” program to “enhance” it.

For PPPs, Balisacan said “we are looking at that approach where ideally [private-sector proponents] will find [prospective projects] in the solicited mode.”

“We want to ensure that all these projects of the government are consistent with the roadmaps,” he said, noting that “the President mentioned about coming out with a comprehensive infrastructure roadmap.”

But Balisacan said shunning unsolicited PPP projects, like the Bulacan airport to be built by tycoon Ramon S. Ang, remains to be seen. “It has not become a policy yet; the Neda Board would have to make a decision on that, but we have already discussed that, we have already mentioned to the President that moving forward, we will go for more solicited projects.”

In his speech, Balisacan said that Neda under his watch “will ensure that comments on the revised IRR [implementing rules and regulations] of the amended BOT [Build-Operate-Transfer] Law for PPPs are heard and carefully considered.”

Business groups have been jittery about the revised BOT Law IRR approved by former president Duterte’s economic managers, which not only shielded the government from arbitration, but also provided supposedly “anti-market” definitions of contingent liabilities arising from PPP projects.

Chua had said the amended guidelines of the BOT Law will supposedly protect Filipinos from contingent liabilities wrought by big-ticket infrastructure projects jointly undertaken by the government and the private sector.

The Cabinet-level Development Budget Coordination Committee (DBCC) had projected the contingent liabilities stock or the aggregate amount wrought by PPP projects to have risen to P456.2 billion in 2021 from the estimated P311.8 billion in 2020. It was on top of the P60.4-billion “flow” of contingent liabilities or the amount which “may materialize within a specific interval of time taking into consideration a project’s risk factors” among 18 national PPP contracts signed between 2008 and 2020.

The previous Duterte administration had shunned PPPs, especially unsolicited projects, as it did not want disadvantageous provisions like government guarantees, subsidies, and Maga clauses. But the pipeline of big-ticket infrastructure projects included in “Build, Build, Build” that it left behind had 20 unsolicited PPP projects worth P1.5 trillion, which will be financed by tycoons’ deep pockets.

As for the Marcos Jr. administration, Balisacan said “we see much potential in the private sector’s role in upgrading the country’s infrastructure, raising productivity in agriculture and manufacturing, integrating businesses and workforce into global value chains, and preparing systems and institutions for climate change and automation disruptions.”

PPP may include even risky projects in agriculture