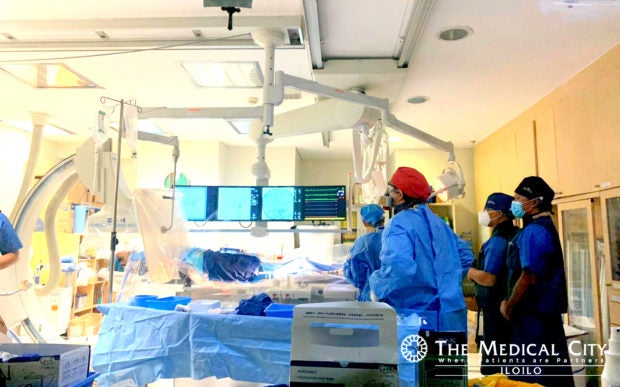 For this minimally invasive surgery to be possible, the procedure requires specialists in Peripheral Intervention and the use of a Cardiac Catheterization Laboratory. TMC Iloilo, being the only private hospital in Western Visayas with the mentioned facility and specialists available through TMC Network’s pool of heart experts, was finally able to make the lifesaving TEVAR procedure accessible to patients in the region for the first time.

Meanwhile, the country’s first Subdural Hemorrhage Embolization was performed by Dr. Victor Erwin Jocson, TMC Interventional Neuro-Radiologist. It is a minimally invasive procedure that uses a material called embolic agents to block off blood through the blood vessels, thus, stopping the recurrent subdural bleeds in the brain. In this case, Onyx + sphericals embolic agents were used to manage the patient’s condition.

This procedure was first done in 2017 by an American Interventionist as a first-line alternative to surgical drainage for recurrent subdural. It is a medical breakthrough worth noting that breaks the belief that cases like this can only be done through surgical evacuation procedures. 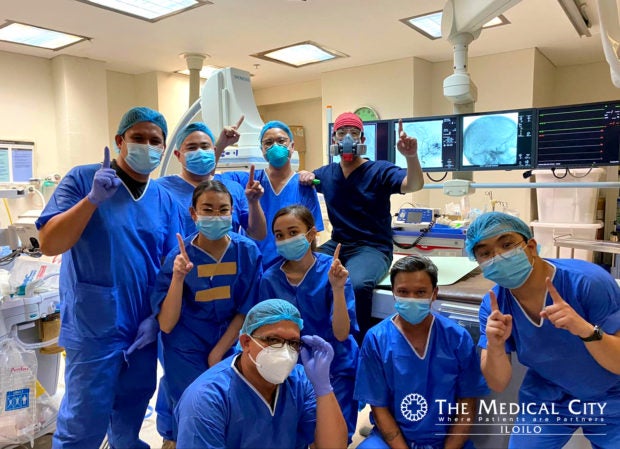 The Medical City Iloilo Cardiac Catheterization Team together with TMC Interventional Neuro-Radiologist Dr. Victor Erwin Jocson pose after the successful Subdural Hemorrhage Embolization procedure which is the first in the Philippines.

Being known as the trailblazer in healthcare in Western Visayas, TMC Iloilo brought a number of medical services which were mostly the first of their kind in the region.

This is in line with TMC Iloilo’s commitment to bringing healthcare closer to the Ilonggos and its neighboring provinces. To note, TMC Iloilo houses the first Cardiac Catheterization Laboratory in the region. 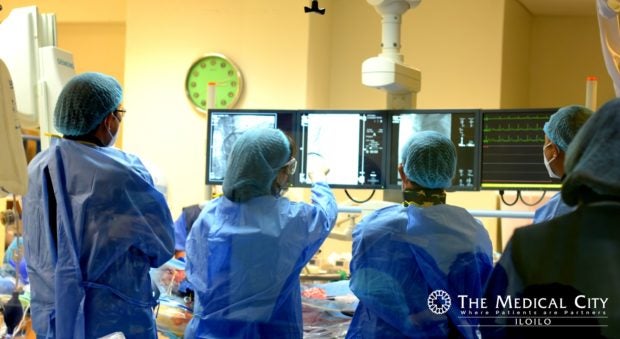 Now in its 11th year of operations, TMC Iloilo’s Cardiac Catheterization Laboratory has been instrumental in conducting not only heart procedures, but also other procedures that were only performed outside Western Visayas before.

With these milestones, TMC President and CEO Dr. Eugene Ramos highlights the importance of having the right people who have the same vision as the rest of the organization.

“TMC is here for the long haul, and that means investing not just in structures and processes, but in people. Of course, we should savor and celebrate the highs of the moment but we should never lose sight of our role in shaping the future – our future, TMC enterprise’s Infinite Game,” he noted.

On his part, TMC Iloilo Chief Executive Officer Dr. Felix Ray Villa envisions TMC Iloilo to still be the lead in terms of healthcare innovations in the region.

“The future is bright for TMC Iloilo as we plan for more programs and services that will definitely change the healthcare landscape not only of Iloilo, but also of the region as a whole. The milestones that just happened in our hospital only proves that TMC Iloilo never ceases to think of ways to make healthcare better in this part of the country,” Dr. Villa said. 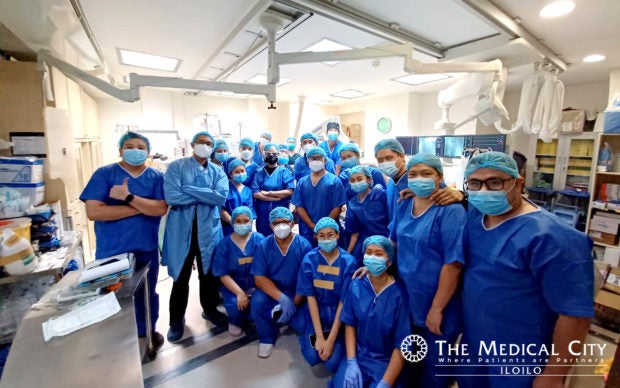