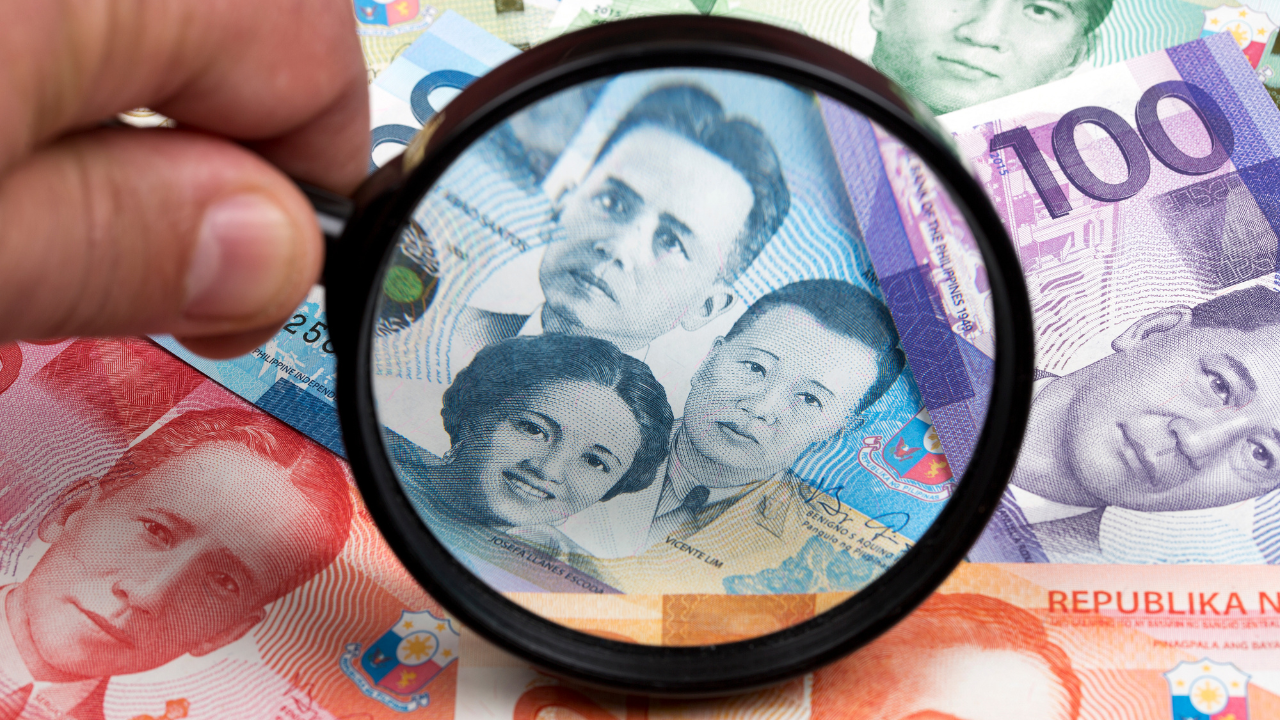 The Philippine peso flirted with the 55:$1 level in intraday trading on Friday, falling to its weakest position of 54.999 against the US dollar before eventually closing at 54.985.

The local currency came close to having lost two pesos against the greenback in just two weeks or 10 trading days.

GoldmanSachs said in a commentary it was bearish on the peso considering that the further reopening of the Philippine economy should lead to a widening of the current account.

Data from the Bangko Sentral ng Pilipinas (BSP) show that in the first quarter of this year, the Philippines shelled out more dollars for imported goods than it earned from exports, resulting in a current account deficit of $4.8 billion.

Also in the first quarter, the Philippines’ gross international reserves (GIR) amounted to $107.31 billion, just 3 percent higher than the $104.48 billion posted a year ago.

First-quarter GIR, however, was enough to cover nine months’ worth of imports of goods and payments of services, and primary income.

Despite the fast depreciation, BSP Governor Benjamin Diokno maintained that the peso remained relatively stable compared to most other currencies in the region.

“This [depreciation trend] is not only limited to the Philippine peso, it is happening globally,” Diokno said. “But the BSP remains committed to a market-determined exchange rate and we intervene only to ensure orderly market conditions and prevent excessive short-term volatility in the exchange rate.”

ING Bank said the BSP’s “dovish” move of raising its key policy rate by only 25 basis points meant that the peso will remain weak in the months ahead.

“With the BSP signaling its preference for a dovish rate hike cycle in the face of aggressive tightening from global central banks, we can expect even faster inflation and a weaker peso for the rest of the year,” The Netherlands-based bank said.

“We could see the [peso] come under added pressure especially with the Fed [United States Federal Reserve] signalling as much as 75 bps worth of tightening at the July meeting,” it added.

Michael Ricafort, chief economist at the Rizal Commercial Banking Corp., said the peso was weak against the US dollar all week as well as in 11 of the past 12 trading days.

Emilio Neri Jr., lead economist at the Bank of the Philippine Islands, observed that with Friday’s results, the peso has weakened by 11.5 percent year-on-year.

“This is the weakest [peso] since the year ‘Hello, Garci?’ happened,” Neri said, referring to a scandal that put into question the legitimacy of then President Arroyo’s victory in the 2004 election.