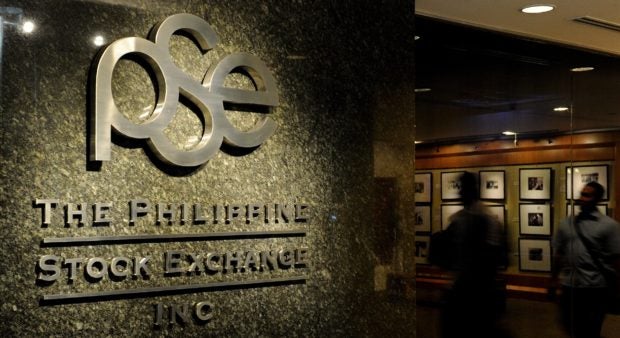 The benchmark Philippine Stock Exchange index (PSEi) dropped below the 6,400 level after Wednesday’s trading session bloodbath as investors fled the market ahead of the Federal Reserves’ policy decision that is expected to result in a large rate hike to combat surging US inflation.

From its recent high of 7,552.20, PSEi is already down by 16 percent. It is 4 percentage points away from entering bear market territory.

“Worries over an aggressive rate hike by the Fed caused the day’s sell off,” Philstocks Financial Inc. senior research analyst Japhet Louis Tantiangco said. An interest rate hike of as much as 75 basis points is expected to temper the 41-year high inflation rate in the United States.

In addition, Tantiangco said that further weakening of the peso against the greenback contributed to the bearish sentiment. The peso’s value recently dropped to a three-year low below P53:$1 due to inflation worries.

All subsectors were down, with the holding firms index incurring the most losses at 3.74 percent. This was followed by property and services, which declined by 2.63 percent and 1.56 percent, respectively.

SM Prime Holdings shares, the most actively traded, fell by 1.88 percent to P36.50 each. This was followed by International Container Services Inc., down 2.56 percent to P190; and Universal Robina Corp., down 6 percent to P94.

Meanwhile, VistaREIT Inc. made its debut on Wednesday, ending flat at P1.75 each.

“VREIT had a lukewarm reception during its listing and would have finished much higher if not weighed by market sentiment as a whole, with the PSEi already drifting towards oversold territory,” Regina Capital Development Corp. head of sales Luis Limlingan said.

“Investors bought up the shares, as the company aims to ‘maintain high occupancy rates and quality tenants with particular focus on those offering essential goods and/or services,’” he added.