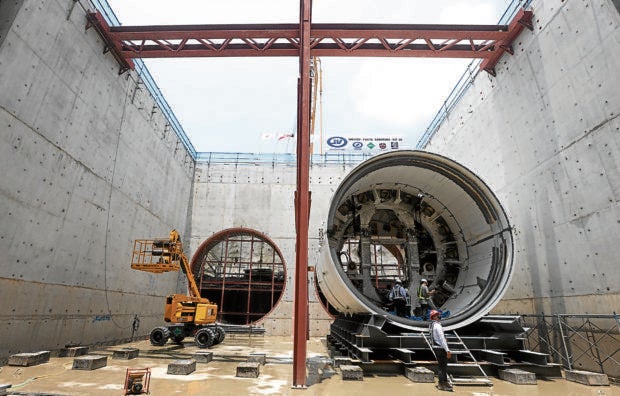 MANILA, Philippines — Underground work for the Metro Manila Subway project—targeted to be operational by 2027 — is set to begin following the recent lowering of the tunnel boring machine (TBM), which can facilitate the drilling of 12 meters of tunnels per day.

The Department of Transportation (DOTr) witnessed the positioning of the first TBM for the subway project at the Valenzuela depot over the weekend.

The 33-kilometer underground railway system, which is designed to have 17 stations, will connect Valenzuela City to Pasay City. About 370,000 passengers per day are expected to be served during the first year of its full operations.

A total of 25 TBMs, which can dig up to 600 cubic meters of soil, will be used for the project. The subway is seen to reduce travel time between Quezon City and Ninoy Aquino International Airport in Pasay to just 35 minutes from one hour and 10 minutes at present. 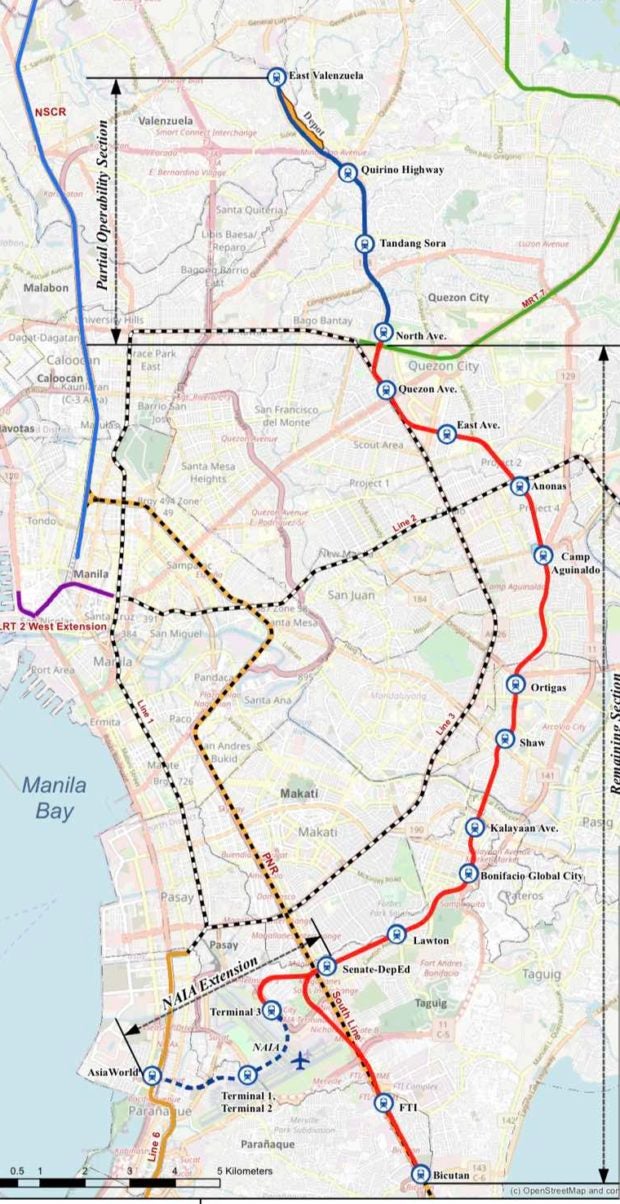 FASTER COMMUTE | From QC to Naia in 35 minutes —DOTR MAP

“With its sheer size and power, the subway’s TBMs are designed to make the process of tunneling faster, while significantly reducing above-ground disruption during construction,” the DOTr said in a recent statement, noting that the agency had “massive rotating cutting wheels that can break up hard soil and rocks easily.”

Transportation Secretary Arthur Tugade earlier quashed doubts on whether the awaited subway project would proceed given the challenges brought about by the pandemic.

For one, he assured that the funding for the project was already secured.

“In addition to this, there are the subcontractors. There are the contracts… majority of which have already been consummated, signed and executed. And more importantly, [there are] contracts that have been started,” he said.

Last month, the DOTr signed a contract with Megawide Construction Corp., Tokyu Construction, and Tobishima Corp. to build two underground stations for the Metro Manila Subway, along with tunnel works.

The idea of building a Metro Manila subway was first proposed in 1973 under the Urban Transport Study in Manila Metropolitan Area.

Jica: Valenzuela to NAIA in 45 minutes when subway done in 2027