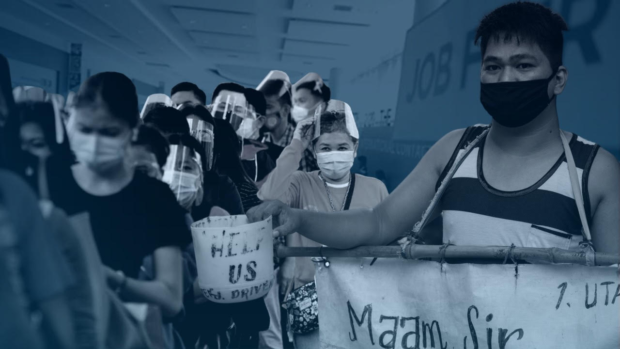 MANILA, Philippines—The Philippines’ jobless rate further eased to another pandemic-low of 5.7 percent in April, but the state planning agency National Economic and Development Authority (Neda) on Friday (June 10) reiterated that returning to face-to-face classes in schools could add even more jobs.

The Philippine Statistics Authority’s (PSA) latest labor force survey (LFS) showed that the unemployment rate last April was the lowest since the 5.3 percent posted in January 2020, or before the COVID-19 pandemic happened. April’s unemployment rate was equivalent to 2.76 million jobless Filipinos, down from the 2.87 million unemployed in March.

Mapa added that most of the new participants in the labor force belonged to the youth — aged 15-24, many of them fresh college graduates. In all, a record 48.39 million Filipinos were part of the labor force that month.

In a statement, Neda said that “despite external risks, overall employment remains at 3.1 million above the pre-pandemic level as around 80 percent of the economy has been placed under alert level 1” — the lowest pandemic restriction to date.

But Neda noted that “fewer Filipinos participated in the labor force due to supply-chain disruptions brought about by the Russia-Ukraine conflict and seasonal factors in agriculture” last April. “The labor force participation rate declined from 65.4 percent to 63.4 percent, translating to a net employment loss of 1.3 million between March and April, [of which] 1.1 million were from agriculture while 500,000 were from services,” Neda said.

Mapa noted that the loss of seasonal jobs, especially in the agriculture and retail trade sectors, led to the month-on-month decline in the labor force participation rate. These seasonal employment was also to blame for the relatively high underemployment rate which hovered above 10 percent throughout the pandemic and even pre-pandemic, Mapa said.

In April, the number of underemployed Filipinos — those who were looking for longer working hours and higher-paying jobs than their current employment — declined to 6.4 million from March’s 7.42 million, equivalent to underemployment rates of a lower 14 percent from 15.8 percent in March. Mapa said underemployment remained elevated especially amid the ongoing harvest and summer seasons which temporarily raised the need for agriculture and retail jobs.

Socioeconomic Planning Secretary and Neda chief Karl Kendrick Chua acknowledged that “higher oil prices and seasonal factors have impacted workers in the transport and agriculture sectors, respectively, and hindered some from going to work.”

“To address this, the government will urgently distribute targeted subsidies to the hardest-hit sectors to cushion higher prices,” said Chua.

He said the government is “rolling out targeted subsidies” reaching P6.1 billion for the transport and agriculture sectors. At least P5 billion would be for fuel vouchers for public utility drivers and operators who are to get at least P6,500 each under the “Pantawid Pasada Program,” Chua said.

Chua added that at least P1.1 billion worth of fuel discounts would benefit farmers and fishermen and a P1 increase in jeepney fare in Metro Manila, Calabarzon and Central Luzon “would ease the pain” of escalating fuel prices.

“However, the country cannot reap the full benefits of alert level 1 without the full resumption of face-to-face classes,” Chua said.

This, he said, was “among strategies” listed by Executive Order No. 166, which heeded the Economic Development Cluster’s 10-point agenda to push and sustain economic recovery.

“Without the full resumption of face-to-face classes, businesses that cater to students remain closed or operate at reduced capacity. In addition, one-fourth of parents cannot go to work as they need to support and manage their children’s online schooling, thus limiting the income generation of some households,” Chua said.

For Chua, “we must now focus on accelerating our growth by strengthening our domestic economy and investing in the education and development of our children” as “this will help secure better employment opportunities for future generations.”