Vodka rebranding as a bold form of protest 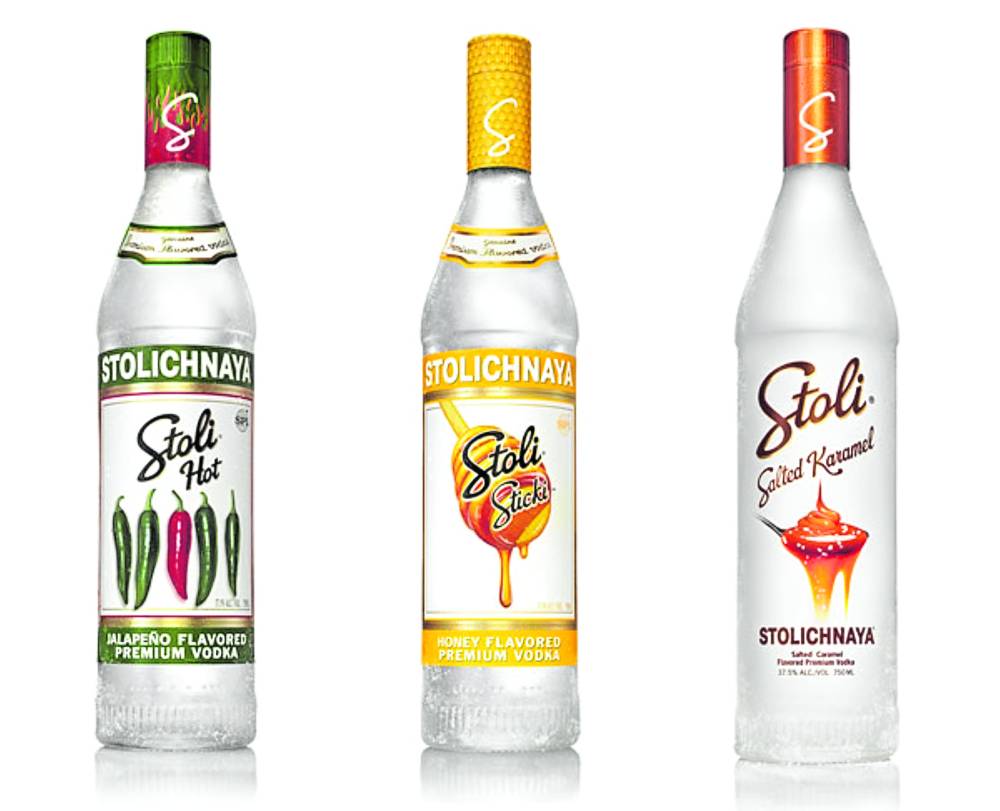 WHAT’S IN A NAME? Following the Russian invasion of Ukraine, Stolichnaya rebranded itself as Stoli to remove any association. Now based in Latvia, it has also stopped sourcing its ingredients from Russia. —PHOTO COURTESY OF STOLI.COM

On Sunday, June 12, as we celebrate Philippine Independence Day, Russians will also celebrate their own Russia Day, commemorating the Declaration of State Sovereignty of the Russian Soviet Federative Socialist Republic on June 12, 1990.

I imagine their menu will include the best caviar. And the best vodka.

The best caviar supposedly comes from Russia, sourced from the Caspian Sea.

Caviar, or ikra, is often served on dark, crusty bread or with blini, which are like pancakes or crepes. Another way to enjoy caviar is on buttered bread, a popular zakuska or Russian hors d’oeuvre, served with—what else—vodka.

There are three kinds of caviar. Sevruga, from the smallest fish, is fine-grained, intensely black and very salty. Oscetra, from a bigger fish, is larger-grained, with a rich, creamy, and nutty flavor. The most sought after— beluga caviar which originates from the Caspian sea, from the largest fish producing the largest fish eggs—has been described as “a taste of paradise” and “true happiness.” And it melts in your tongue.

However, there is now a caveat: as sturgeons feed off sea, river and lake bottoms where heavy oil and other pollutants settle, many now bear pounds of gray mush instead of shiny black eggs, i.e., rotten eggs believed to be caused by pollution from petrochemical plants, oil and raw sewage. Fisherfolk have said they often need to throw fish back because they are infected with virus or poisoned by toxic waste.

Sturgeons have also been declared endangered. One cause was the practice of fisherfolk cutting out the roe from the sturgeon and then tossing the fish back in the water. Another cause was illegal harvesting. And then there is also climate change: the changing level of the Caspian Sea is believed to be affecting sturgeon population.

So if you have caviar to celebrate this national holiday or on any day, think twice as it might not be a taste of paradise after all! (We can still enjoy caviar but restaurants today source these from farms across the globe—from China to the Middle East to Madagascar.)

Another quintessential Russian product is vodka. The first written usage of the word ‘vodka’ in an official Russian document dates to June 8, 1751, by a decree of Empress Elizabeth of Russia which regulated the ownership of vodka distilleries. By the 1860s, due to the government policy of promoting consumption of state-manufactured vodka, it became many Russians’ drink of choice. By 1911, vodka comprised nearly 90 percent of all alcohol consumed in Russia.

A brand we are familiar with is Stolichnaya, made from a mixture of wheat and rye, which attains its quality by being quadruple-distilled through quartz, sand, charcoal and finally cloth. However, it seems vodka is now a product of the world: Ketel One is Dutch; Grey Goose is French; and Belvedere is Polish! Not exactly the brands to pull out for Russian National Day!

And apparently, even Stolichnaya is no longer Russian. While it started out as a Russian brand in the former Soviet Union, it is now produced in Latvia by the Luxembourg-based Stoli Group.

In fact, the Stoli Group rebranded just last March, ending the use of the Stolichnaya name. This was not only a marketing strategy but as a response to Russia’s invasion of Ukraine. The three driving factors are: the founder’s vehement opposition to the Putin regime; employees’ determination to take action; and the desire to accurately represent Stoli’s roots in Latvia.

While we would love to celebrate a nation’s independence and sovereignty on any day, Stoli makes a good point. Its heritage —once equated with excellence —is today equated with inexplicable cruelty and war. How can you have a shot of their vodka or a bite of rare caviar without tasting the blood of victims of the war or “military operation” in Ukraine?

According to Unicef (United Nations International Children’s Emergency Fund), the war in Ukraine has wrought devastating consequences for children “at a scale and speed not seen since World War II.” “Three million children inside Ukraine and over 2.2 million children in refugee-hosting countries are now in need of humanitarian assistance. Almost two out of every three children have been displaced by fighting.” Al Jazeera reported that some 60 to 100 Ukrainian soldiers are being killed per day in the war with Russia, with 500 wounded daily.

Putin’s agenda aside, Russia is unquestionably a beautiful country with a beautiful people. Someday I hope the world can celebrate their National Day with them without guilt—especially we Filipinos as we share the same date! I join the many who dream of the day when Russia will be about tourism and culture and excellence once again.

For now, though, if you are among those invited to celebrate their National Day, skip the caviar and ask if peace is on the menu. If it isn’t, well, have a shot of vodka and demand it!