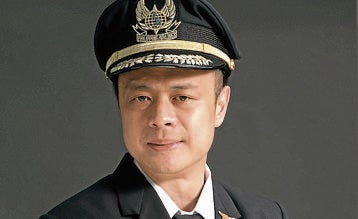 The flag carrier made this announcement, along with the election of new directors, during its annual stockholders’ meeting on Thursday.

“I am humbled by the trust and confidence of our PAL board and stockholders. Working together with the entire PAL leadership team and our valued employees, I pledge to do the best we can, with passion and dedication, to ensure that Philippine Airlines fulfills its mandate as the flag carrier to be of service to the flying public,” Ng said.

So far under his leadership, PAL returned to profitability in the first quarter, posting P1.7 billion in operating income, a turnaround from losses of P5.3 billion year-on-year, driven by improved operations of passenger and cargo business with the easing of mobility restrictions.

“Indication of positive results” was likewise noted in the first two months of the second quarter, as the airline has added more domestic and international flights.

Meanwhile, Shiela Tan-Pascual, Vivienne Tan, Jerome Tan and David Uy Ong were elected as the new directors of the PAL board.

Pascual and Vivienne Tan, both daughters of Lucio Tan, filled the vacant positions in the board. Jerome Tan and Ong, meanwhile, replaced Florentino Herrera and Mark Chen after completing their service.

Pascual also serves as director of Allied Commercial Bank, among other companies in the group.

Vivienne Tan is a director of Philippine National Bank, board member of University of the East (UE) and UE Ramon Magsaysay Memorial Medical Center and founding chair of Entrepreneurs School of Asia.