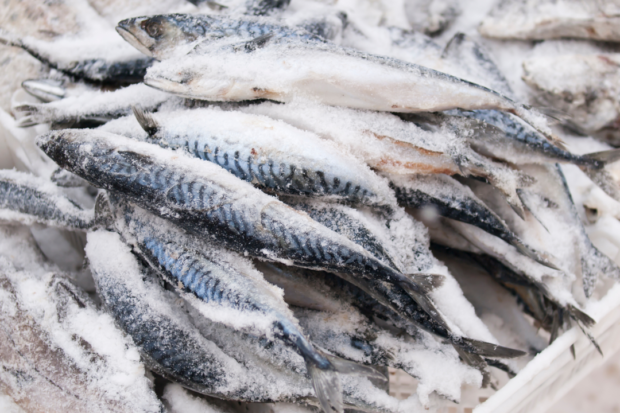 More imported fish is expected to enter local markets this second quarter as the government seeks to stabilize supply and prices of fish products.

The Duterte administration has resorted to another round of fish importation as estimates show that there will not be enough local supply to meet the projected demand.

Agriculture Secretary William Dar said that there would be a fish supply shortfall of about 90,000 metric tons this year, based on the fish supply analysis of the Bureau of Fisheries and Aquatic Resources (BFAR).

“We continue to monitor fish prices which are now slightly increasing and the decision to extend the CNI (certificate of necessity to import) is part of the price stabilization efforts of the government,” said Dar in a text message.

He is referring to the import permits issued by the Department of Agriculture (DA) back in January that involve sourcing 60,000 MT of small pelagic fish abroad for the first quarter.

As defined by the US National Oceanic and Atmospheric Administration, pelagic fish got their name from the area that they inhabit called the pelagic zone. It is the largest marine habitat on earth accounting for about a fourth of the total annual world fisheries catch.

At that time, the DA said the importation, which was criticized by local agriculture groups, was necessary because of the devastation caused late last year by Typhoon “Odette” in fishing areas in the Visayas and Mindanao.

Still grappling with the same supply issues, the DA issued an administrative order to bring in frozen fish and fishery/aquatic products from April to June.

The latest directive governs the issuance of the sanitary and phytosanitary import clearance for frozen fish imports for the quarter under the DA’s Fisheries Administrative Order No. 259 which sets the rules and regulations on the importation of frozen fish and aquatic products for wet markets during closed and off-fishing seasons or calamities.

Under the DA order, the imported frozen fish shall be immediately disposed within 20 days upon arrival.

“Performance in the disposal as well as disposition reports may be taken as one of the considerations in determining the qualified importers for the next CNI that may be issued,” it read.

Only importers in good standing may be allowed to participate in the importation, provided they have met certain qualifications.

To be considered in good standing, the BFAR must not have filed any case against the importer for violating any food safety or importation rules and regulations.

The importer must also be willing to sell the imported fish at a maximum of P90 a kilo and pay the government P500 for every metric ton of volume awarded.

“From the Custom Clearing House, the importer shall directly unload and trade the imported products at the PFDA (Philippine Fisheries Development Authority) Fish Ports or PFDA designated trading areas,” it added.

The participating importer must source fish from a respectable source and not from those engaged in illegal, unreported and unregulated fishing. INQ