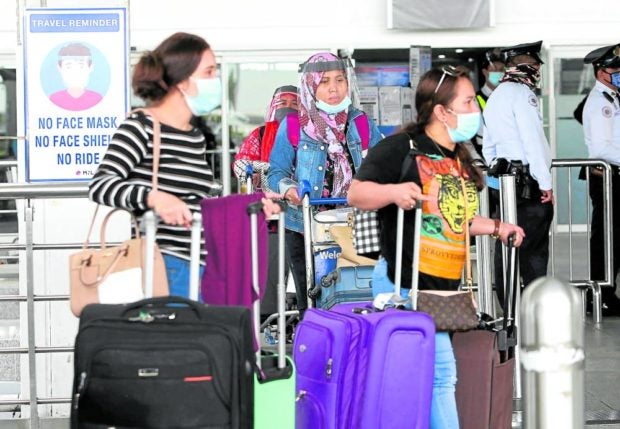 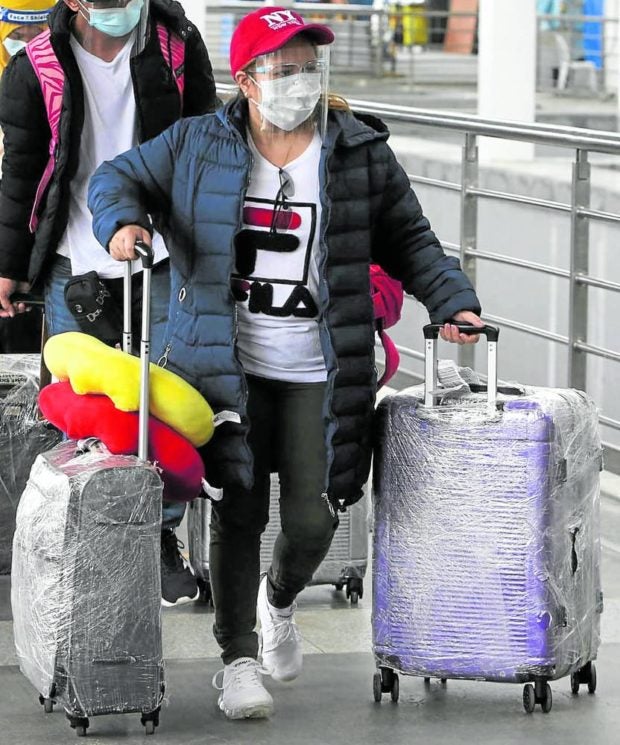 HOMECOMING Overseas Filipino workers troop to the Naia Terminal 2 to catch a flight bound for their hometowns in the Visayas and Mindanao. —MARIANNE BERMUDEZ

For women overseas Filipino workers (OFWs), one of the most difficult dilemma is caring for other people’s children while leaving their own in the hands of others.

​Rex Varona of the International Labor Organization (ILO) brought up this issue during the March launch of “Ang Mama Kong BiyaHero,” a nationwide youth-engagement online campaign that aims to educate young people to help prevent violence against women (VAW) and advocate for their welfare and empowerment here and abroad.

​Varona’s observation was proven accurate a few weeks later when a caregiver was arrested for allegedly killing a toddler in her care whose mother is an OFW.

​The incident underscored how much more difficult it is for women, traditionally tasked as caregivers and nurturers, to be separated from their families, especially if they are mothers.

​A coalition of international and local organizations has launched the Safe and Fair Program as part of its campaign to end violence against women migrant workers in the Southeast Asian region.

But the campaign is also raising awareness of how the families left behind, particularly the children, can help women OFWs feel safer and secure in the knowledge that they have the support of their loved ones.

As part of the Safe and Fair Philippines program, a survey was conducted to find out how the youth with OFW relatives perceive VAW and migration.

The nationwide survey of more than 1,000 young people sought the youth’s insights, attitudes and motivations toward working overseas.

It found, among other things, that while “women do not even tell their families about their problems,” young people with OFW relatives or friends are aware of the difficulties, according to Chang Charisse Jordan, national project officer of the United Nations Women- Safe and Fair Program.

Jordan says women are often reluctant to report problems “because they do not want to be portrayed as victims” and they fear being stigmatized.

But almost a third of those surveyed, 30 percent, know of somebody—a relative or friend—who experienced VAW, including economic, sexual, emotional/mental and physical violence. About 24 percent say their OFW friend or relative was not able to seek help for the VAW they experienced.

Of the 1,020 respondents, around 58 percent say they do not feel they will always be safe working abroad.

Varona says the responses of OFW children are based on what they sense from their parents.

Despite their perceptions of risks, some 79 percent of survey respondents say they will still want to work abroad to support their family, although 68 percent say that if they did not have to worry about finances, they will remain in the Philippines.

The survey found that young people need to be taught early about the realities of migration and the challenges facing women OFWs.

“What is … striking is when the youth themselves feel that they will not always be safe working abroad as an OFW—and this is why the Safe and Fair Philippines and Babaeng BiyaHero campaign call for every member of the society, especially the youth, including men and boys—to be part of the support system for women OFWs,” Jordan says.

Varona says the willingness of the youth to work abroad—despite the uncertainties—indicate the failure of the government to provide for its people. “Therefore, we need to reassess our migration policies not just to strengthen protection of rights and safety of OFWs, especially women, but also to provide decent jobs and reintegration options in the country,” he says.

Using the survey findings as baseline, the “Ang Mama Kong BiyaHero” campaign, through Edukasyon.ph’s digital platforms, hopes to equip the youth, especially migrant workers’ children, with proper information on safe and fair migration. It aims to familiarize them with available essential services and referral pathways for women OFWs.

The campaign uses different media to inform young Filipinos how they can help women OFWs they know and/or love to access protection mechanisms—from keeping in touch with female migrant relatives and being aware of the hotline numbers of relevant government agencies; to reporting VAW cases or gender-based violence.

Neil Orillaneda of Edukasyon.ph, the largest education technology platform in the Philippines, points out that the rise of the care economy has led to the “feminization of labor migration,” so more Filipino women are leaving for overseas jobs as domestic workers, nannies, caregivers, etc.

Since 2014, women have increasingly constituted the majority of the OFW population abroad, comprising 60 percent in 2020, based on figures of the Philippine Statistics Authority.

“One of the key reasons why women OFWs face a higher risk of abuse, violence and labor exploitation abroad is because, for decades, they have been deployed in the more precarious job categories, which are lower paid, have less-clearly defined work hours, and lack regulation, inspection or social protection—between 2007 and 2020, women OFWs predominated in domestic work, cleaning and elementary jobs, clerical support work, and service and sales work,” the coalition notes.

The jobs are regarded as lower-skilled, thus, undervalued. It also often means being confined in the employer’s household where they are at greater risk of emotional, physical and sexual violence. Even before the COVID-19 pandemic, data of the Department of Foreign Affairs (2013-2016) showed that women constituted over 75 percent of all reported cases of OFWs in distress, abused or repatriated. Women also accounted for the overwhelming majority (over 95 percent) of human trafficking cases.

​The “Ang Mama Kong BiyaHero” initiative is in line with the “Babaeng BiyaHero” campaign of ILO and UN Women. Through Babaeng BiyaHero website and social media channels, the Safe and Fair Program has curated relevant information materials for migrant workers, including 16 Essentials to Ensure Coordinated Quality Response to VAW, Migrant Workers, Comprehensive Directory for VAW Service Providers in the Philippines and Countries of Destination, as well as infographics on how to access social welfare and livelihood packages from both government and nongovernment agencies.

“As a large online youth platform, it is Edukasyon’s responsibility to ensure that the youth have access to these types of information and resources that not only help them make positive choices in their future, but help them with the issues that they face today,” says Grace David, CEO of Edukasyon.ph. —contributed INQ