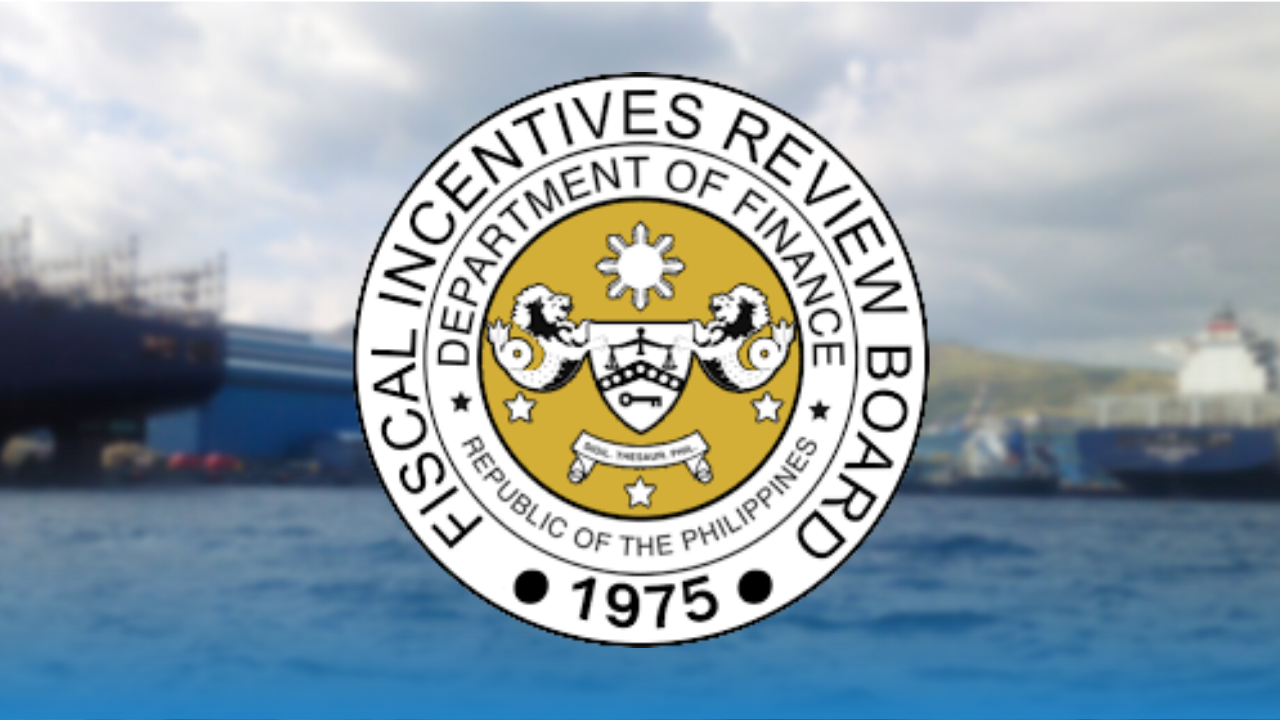 In a statement on Tuesday (May 10), the Department of Finance (DOF) said the investment promotion agency (IPA) Subic Bay Metropolitan Authority (SBMA) earlier endorsed to the FIRB the grant of fiscal incentives to Project Agila, funded by the US-based private equity company Cerberus Capital Management, to redevelop and operate the former shipyard at the Subic Bay Freeport Zone.

The DOF quoted Finance Secretary Carlos Dominguez, chair of FIRB, as saying that “the rehabilitation of the Hanjin shipyard presents economic potential, given its strategic location near the West Philippine Sea.”

“The project will cater to both the Philippine Navy and potential export locators. It will be beneficial, specifically to the Navy, as it will involve the safety and efficiency of the Philippine government ships’ performance and, consequently, strengthen national security,” the DOF said.

Earlier, Dominguez said that Cerberus’s takeover of Subic shipyard—shuttered in 2019—would generate 300 new jobs at the freeport per year.

Last month, President Rodrigo Duterte’s chief economic manager said that the US firm’s acquisition of the facility abandoned by Hanjin was a “win-win, especially for the Filipino people, as it will retain and create more jobs, further stimulate the Philippines’ robust growth, and serve the requirements of both the military and the private sector.”

“The deal will allow five of the Philippines’ largest banks to book a profit from their written-off loans with Hanjin Heavy Industries and Construction Philippines (HHIC-Phil), while the Subic Bay Metropolitan Authority (SBMA), where the shipyard is located, will get a better tenant in Cerberus,” Dominguez said.

The finance chief was referring to Banco de Oro Universal Bank (BDO), Bank of the Philippine Islands (BPI), Land Bank of the Philippines (Landbank), Metropolitan Bank and Trust Co. (Metrobank), and Rizal Commercial Banking Corp. (RCBC), which had a total of over $400-million loan exposure to HHIC-Phil.

Bankrupt HHIC-Phil folded up before the COVID-19 pandemic struck, laying off over 3,000 workers.

“Many of the displaced workers in the former Hanjin shipyard will also be retained, while additional jobs averaging about 300 per year from locators and subcontractors will be created, catalyzing growth in Central Luzon and the rest of the country,” Dominguez said.

“With this development beneficial to all stakeholders, we look forward to a robust shipbuilding and ship-repair facility to serve not only our military and coast guard requirements but also the requirements of the private sector,” he added.

After the shipbuilding operations folded up, officials had expressed confidence that the shipyard remained appealing to many investors — shipbuilder or not — due to the sprawling 300-hectare property, and HHIC-Phil’s close to $2 billion in assets that dwarfed the $411-million debt.

Under the deal between Cerberus and the Philippine government, the Philippine Navy will get a naval base within the facility, “with an ideal harbor for its rapidly expanding fleet facing the West Philippine Sea,” Dominguez said.

According to bid documents of the state-run Government Service Insurance System (GSIS), which was looking for a reinsurer of the facility’s industrial risks, the Navy will occupy the northern yard.

The GSIS had said that the SBMA owns the land where the shipyard stood under a 50-year lease agreement. “The insured is sub-leasing land and leasing land improvements to two tenants who will jointly occupy about 40 percent of the entire perimeter,” it had said.

Cerberus will jump-start operations once assured that all industrial risks arising from the investment, estimated at $904.57 million, were already insured.

“As signified by Cerberus officials from the beginning of their negotiation with the GSIS, their operation will not take long to commence as soon as they are assured that the insurance coverage is already in place,” said Eduardo Fernandez, GSIS senior vice president and insurance bids and awards committee chair, last March in a message to prospective bidders.

Fernandez and other GSIS officials did not reply to the Inquirer’s query if any reinsurer submitted bids during the April 5 deadline for the $2.09-million, one-year reinsurance of industrial all risks insurance contract covering the SBMA, Agila NY Naval Inc., Agila South Inc., and Agila Services Inc.

Last January, the GSIS also sought but failed to hire a reinsurer for the Subic facility.