Weeks before Duterte gone, PH gets P2.9B loan for bridges 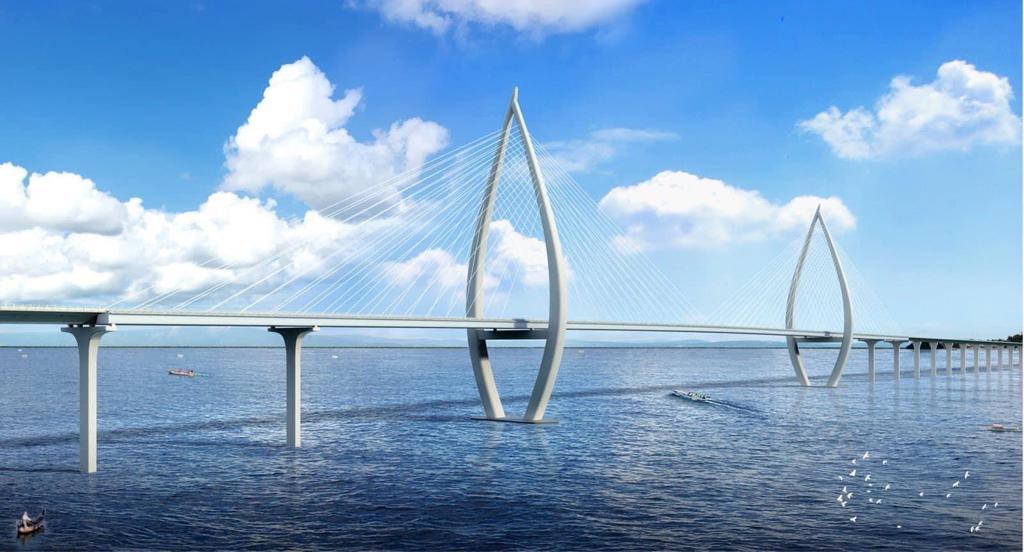 “KEXIM-EDCF’s loan for the engineering services of the project, which includes the preliminary design, detailed engineering design and procurement assistance, will support the Philippine government in preparing and completing the necessary activities and works prior to the construction of the two bridges,” the Department of Finance (DOF) said in a statement.

The DOF said engineering services will begin this year, but actual construction will start by 2025.

The concessional loan was slapped with zero interest, with a 0.1-percent service charge per disbursement. The Philippines will repay the loan in 40 years, inclusive of a 10-year grace period, the DOF said.

The P65.7-billion first phase of the Panay-Guimaras-Negros bridges project was among the 112 big-ticket items or infrastructure flagship projects belonging to the Duterte administration’s ambitious “Build, Build, Build” program.

In all, the project will consist of two four-lane, sea-crossing, inter-island bridges, plus connecting roads and interchanges to be built by the Department of Public Works and Highways (DPWH). The total project cost for the two bridges would reach P187.5 billion.

“The project allows easier access and safer, convenient transportation links between the islands of Panay, Guimaras, and Negros. This will spur growth, boost tourism, and lower costs for transporting goods in the Visayas region,” Dominguez said on Twitter.

Jica was currently implementing projects covered by 27 loans to the Philippines totaling over $10 billion, of which 16 were for “Build, Build, Build” infrastructure projects.

During the Duterte administration, Japan provided the Philippines with a total of 1.38 trillion yen or about P560 billion in financial support.

Dominguez had said the infrastructure partnership between the Philippines and Japan, which led to faster financing and rollout of big-ticket projects, may be emulated by other countries in need of financial and technical assistance to improve their infrastructure.

During his visit to Japan last week, Dominguez told Hiroto Izumi, former special advisor to Japan’s prime minister, that the “fast-and-sure” strategy adopted by Manila and Tokyo for infrastructure development during the Duterte administration was a “precedent-setting approach that can become a model for other countries to follow.”

“The ‘fast-and-sure’ approach enabled Japan and the Philippines to process and complete loan approvals for most of these projects in a span of only three to six months,” Dominguez said, in contrast to such negotiations taking years in the past.

Among the major infrastructure to be rolled out with Japan’s help is the Metro Manila subway, for which Tokyo so far extended a total of 357.8-billion yen in loans.

Since 2017, top Filipino and Japanese infrastructure officials have met at least twice a year to update both sides on the progress of “Build, Build, Build” projects being funded by Japan. Even amid the COVID-19 pandemic, high-level meetings were conducted virtually to enhance their cooperation.

Japan was the Philippines’ top official development assistance (ODA)-partner, with $10.4-billion worth of loans and grants or nearly two-fifths of the total ODA portfolio as of mid-2021.