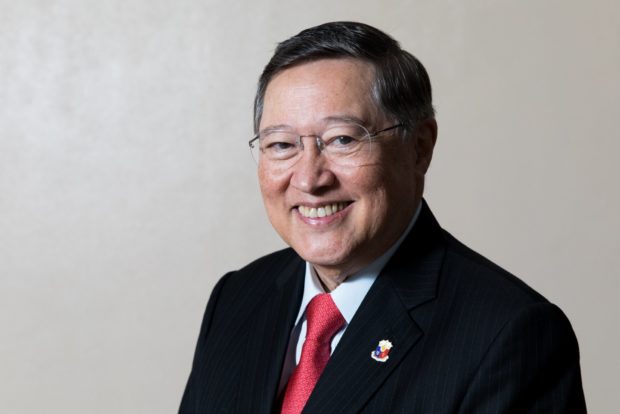 On Tuesday, the Philippines raised 70.1 billion yen (over P29 billion) from a four-tranche, yen-denominated green bonds offering. “This is the first-ever Asean sustainability bond transaction issued by the [Philippines] in the samurai bond market, and follows the previous successful issuance of a 25-year sustainability bond last March in the US dollar market,” the Bureau of the Treasury (BTr) said in a statement on Wednesday (April 14). The Philippines raised $1 billion from its maiden green bond issuance last month.

“The [Philippines] was able to achieve a benchmark size for the transaction despite having the five-year as the shortest tenor and the tighter pricing compared to secondary levels,” the BTr said.

“The [Philippines] also utilized demand in the long end by issuing its first 20-year note in the samurai market. In its first sustainability samurai bond, the [Philippines] successfully captured new investor accounts and demand of more than 70-billion yen in the midst of a volatile market environment,” the BTr added. These green samurai bonds maturing in five, seven, 10, and 20 years’ time will be settled on April 22.

“Our financing strategy will remain opportunistic to tap cost-efficient structures to meet the requirements of our priority endeavors, particularly climate-related projects,” Dominguez said.

Dominguez had been telling foreign investors that the Philippines wanted to raise climate resiliency funds on its own partly through green bonds as developed countries have yet to fulfill their financing commitments to support poorer nations during their clean energy transition under the Paris Agreement.

The Philippines’ sustainable finance framework launched last year was aimed at raising green, social or sustainability bonds and loans, among other debt instruments, in international capital markets to borrow funds for programs and projects geared toward fighting climate change and promoting inclusive growth.

Proceeds from sustainable financing instruments can finance social expenditures like:

Amid the prolonged pandemic, this financing may also be tapped for COVID-19 response.

Under the Paris Agreement, the Philippines had ambitiously committed to slash greenhouse gas emissions by 75 percent in the next 10 years.

“Following a successful US dollar transaction, the [Philippines] has once again exhibited investor appetite for Philippine financial instruments despite the current market volatilities with its successful issuance of the sovereign’s first-ever ESG samurai bonds,” the BTr quoted Dominguez as saying.

“This is testament to the international appreciation of, and confidence in, the government’s strong commitment to climate change mitigation and adaptation initiatives and to deepening its domestic sustainable finance market,” Dominguez said.

“This successful bond offering of the [Philippines] underscores the continued support of the international investor community for the strategic sustainability objectives of the Duterte administration, particularly its efforts to mobilize capital from ESG-conscious investors to accelerate the transition to a more sustainable and climate-resilient economy,” Dominguez added.

For Finance Undersecretary Mark Dennis Joven, “this maiden issuance of sustainability bonds in the Japanese market shows the ever-growing investor confidence in the Philippines and its commitment to advance green and social initiatives, even amid compounding market uncertainties,” noting that this transaction was the Philippines’ first long-tenor samurai offering.

“Amid market volatility and rising geopolitical tensions, this landmark samurai transaction has demonstrated the [Philippines’] ability to price tighter than current secondary levels and extend the maturity to the long-end of the curve,” said De Leon.